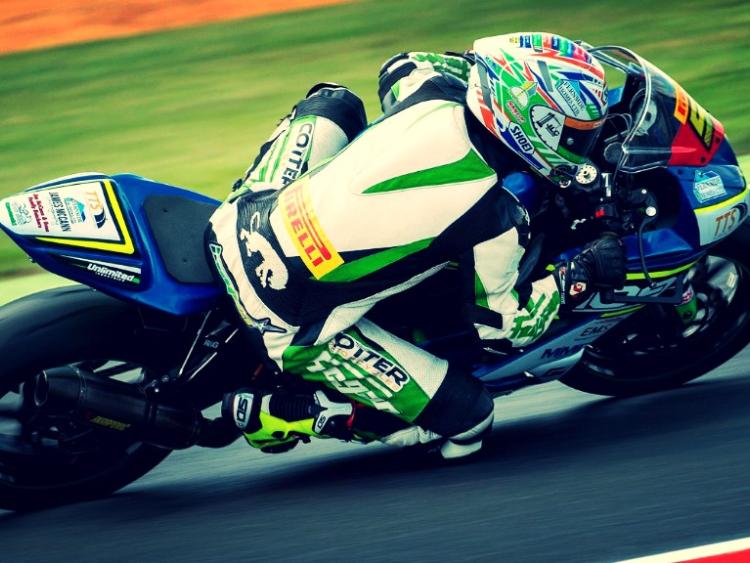 Offaly racer Kevin Keyes is still in the hunt for silverware after the Snetterton 300 played host to the latest round of the British Superbikes Series.

Keyes' practice sessions were satisfactory for Team 109, although the Edenderry man was force to enter the pits on a couple of occasions for minor adjustments.

Having tweaked the bike, Keyes and the team felt that enough was done for qualifying on Saturday. Qualifying started well for Kevin but he soon began to have some minor ‘chatter’ issues in the afternoon heat at Snetterton and although he was feeling good and confident on his Fernside Homes Team#109 Kawasaki, the top positions eluded him and he finished qualifying in 11th position.

Some more minor changes were made to the bike on Saturday evening for Sunday's race, and things got off to a blistering start. After just one lap, Keyes had moved up to 7th position. He held that spot for a number of circuits before Friday's 'chatter' issues returned and Kevin was dragged into a battle to maintain his position.

He fell back slightly but after a red flag was raised and the race ended abruptly, Kevin had to settle for 10th position. A disqualified rider saw Keyes bumped up to 9th and that was good enough to put the Offaly Sports Star of the Year for 2017 up to 4th overall in the championship.

Although he was somehwat disappointed with his race position, Keyes was happy to remain in the hunt in the championship, just one point off third place.

The Championship now moves to Knockhill in two weeks, a track Kevin likes and will be hoping for better things on.