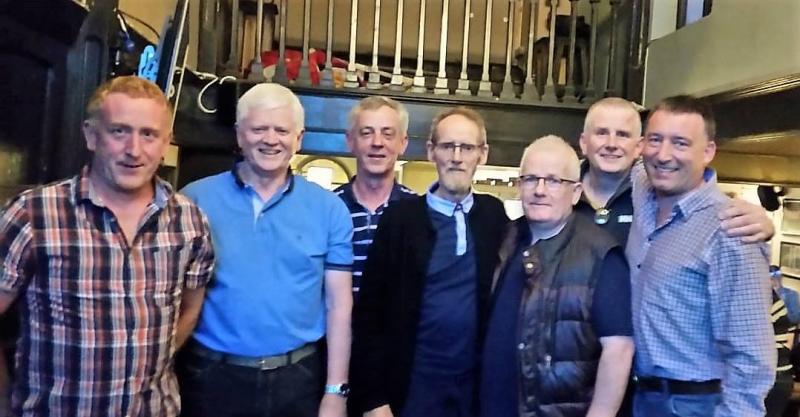 Back in 1982 when the options for organised sport in Tullamore were far short of what they are today, a bunch of young lads led by Benjy Hynes, Rob Bailey, Des Vickers and Eugene Martin, having gotten a taste for knocking a basketball around on the courts at the SHS over the summer, decided one night while recovering in Bulgers Pub to enter a team in the Midlands Basketball League.

They secured the use of St Mary’s Youth Centre and were quickly joined by a ladies team led by Mary and Vanessa Flynn.
Over those early years the Club endeavoured to promote the game of basketball in Tullamore and its surrounding areas. The club grew from those sparse beginnings as a senior players club with four teams participating in the Midland Leagues and a Club membership of approximately 50.

It did, however, have some great success along the way. When the club was formed initially it was hoped that it would put Tullamore on the basketball map for good, however in the late 90s the club went into decline. As time passed, and through the efforts of Richard Egan, Rob Bailey, Fiona Dunne and many more, the ashes of Tullamore Basketball Club were stoked in the early 2000s with the formation of a junior basketball club in the town.

From those early days of the rejuvenated club struggling to field a couple of boys and girls teams, the Club has since grown into one of the most vibrant in the town today with 250+ playing members across senior mens and ladies teams, 12 underage competitive teams boys and girls, competing strongly in U12-U18 competitions and over 50 boys and girls in their U10 Academy.

The Club competes at all levels in the Midlands and has had considerable success in recent years at both local and national level, and these young players are already carving out their own places in the history books of Tullamore Basketball.

Throughout these years Rob Bailey has been a driving force in the Club, in all roles, this year he coached the Girls U18 team. Outgoing Club Chairman Paul Cullen presented the award of Honourary President to Rob at a function in Digan’s Bar on Friday night last. Receiving the award, Rob insisted that all he was doing was just “giving a little back” to the Club for everything he had got from basketball over the years and he thanked the members for the award.