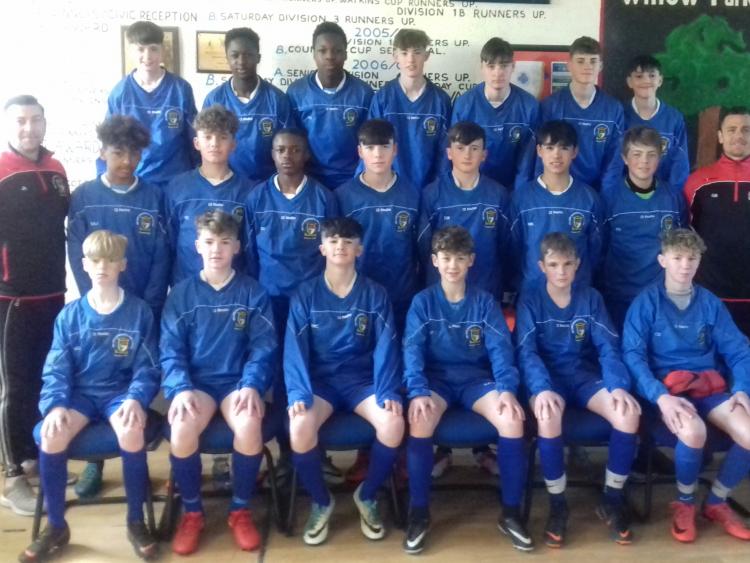 Offaly will be well represented on the Midlands Kennedy Cup squad as they embark on their journey to the University of Limerick this week.

Led by manager John Nelson from Mountmellick and his management teams of Glen Byrne from Willow Park and Nial Malone from Tullamore Town.

Offaly will have six players on the Midlands squad as they aim for Kennedy Cup success. Killeigh FC are well represented with Adam Joyce, Alex Cuddy, Geordie O'Meara and Robbie Gallagher all making the grade, while Tullamore Town's Sean Afolabi-Joseph and Birr Town's Jamie Corboy complete the Faithful contingent.

Manager John Nelson said this week, "Myself and coaches Glen Byrne and Niall Malone have been with this squad from the very beginning, since they were nine years old, and now five years on, these boys have grown into amazing young men."

The group stages of the Kennedy Cup get underway on Monday with the Midlands outfit starting against WWEC at 4pm and on Tuesday they have 2 games, v Limerick District at 10.30am and North Tipp at 4pm.

The quarter-finals take place on Wednesday 13th June, with the semi-finals and play-offs slated for Thursday 14th June and finals & play-offs down for decision on Friday 15th June.

This is the full Midlands Kennedy Cup squad: