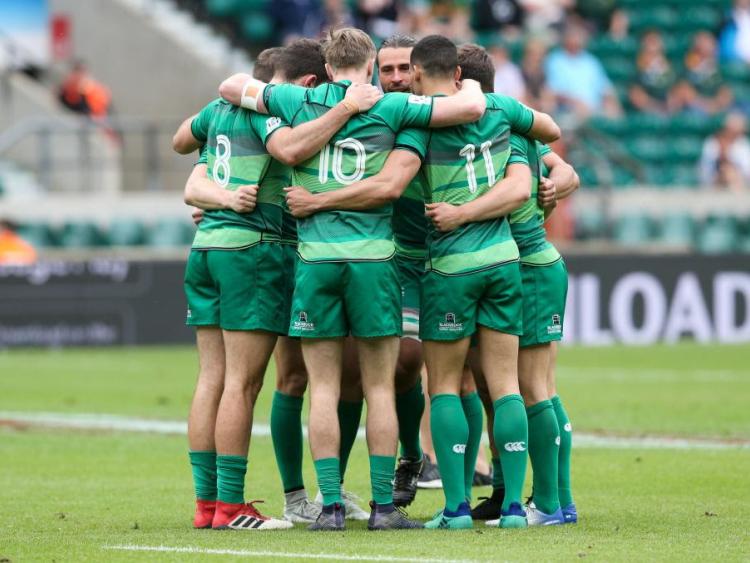 Offaly rugby star Jordan Conroy will be hoping to continue his sensational form into this weekend's Paris 7s event. Tullamore man Conroy scored eight tries, including three against England as Ireland claimed a shock third place at the event.

He is one of the big names announced as part of the Irish squad for the series as the tournament rolls into Paris. The Ireland Men's Sevens management confirmed the squad for the Paris 7s on Thursday, June 7.

Ireland, who claimed bronze at the London 7s last weekend in Twickenham are again the invitational team this weekend in Paris. It will be the first ever World Series event to feature both the Ireland Men’s and Women’s teams together, with the Women’s side beginning their campaign on Friday.

Ireland will coincidentally face the same Pool opposition as last weekend in London, having been randomly drawn with Australia, Spain and Wales.

Five players come into the squad, as the management look to use this opportunity to give players experience at this level.

McHenry and O’Donovan are set for their first Ireland Sevens caps this weekend.

"We were obviously delighted with how things went in London, with the players showing that they can mix it with the best teams in the world."

"This weekend gives them another opportunity to test themselves at this level, and we’ve brought in some new players to give them exposure against the world’s top teams."

"With two important rounds of the Rugby Europe Grand Prix coming up in the next two months, as well as the Sevens Rugby World Cup at the end of July, it’s important that the players in the programme continue to develop and learn, and playing at these World Series events is a fantastic way for them to do that," Stan added.

After the Paris 7s, Ireland are next in action in Marcoussis in France for the second round of the Rugby Europe Grand Prix Series (30th June & 1st July) and the following week they compete at the third round in Exeter (7th & 8th July).

The Men’s and Women’s 7s side will both compete at the World Rugby Sevens Rugby World Cup in San Francisco over the weekend of the 20/21/22 July at the AT&T Stadium and you can get tickets for that event here - www.rwcsevens.com/tickets.

The final round of the Rugby Europe Grand Prix takes place in Poland on the 8th & 9th September.

For Ireland to become a core team on the World Series, they must be one of the top three ranked sides at the end of the Rugby Europe Grand Prix series. This will see them qualify for next year’s World Series Qualifying tournament in Hong Kong. The winner of that tournament will claim a place on the 2019-20 World Series.

Ireland missed out on qualification this year, losing out to eventual winners Japan in the Semi-Final in Hong Kong back in April.

*Uncapped at this level

The Paris 7s will be broadcast on Sky Sports this weekend, while World Rugby will offer streaming in non geo-blocked locations at www.worldrugby.org/sevens-series/where-can-i-watch