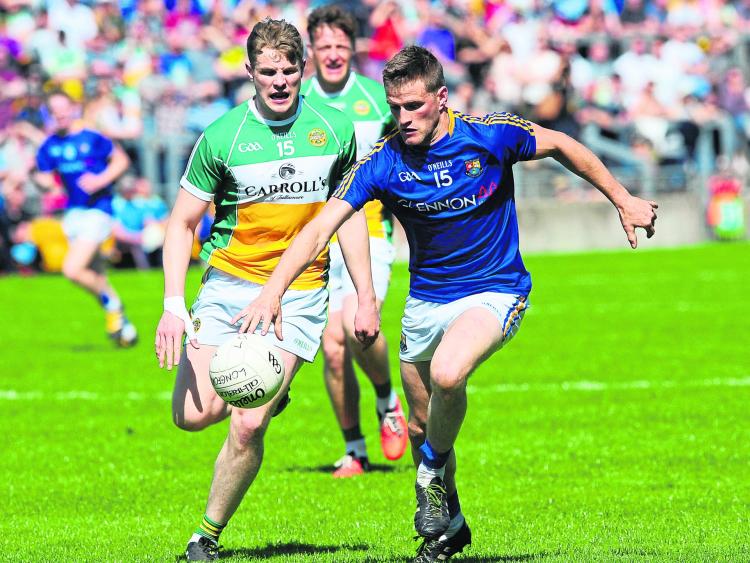 Offaly will face off with Antrim at 6pm on Saturday, June 9, in Bord na Mona O'Connor Park in the All-Ireland qualifiers, it has been announced.

The draw was made on RTE radio on Monday morning as all 16 beaten teams from the provincial championships so far were put into an open draw system.

Antrim finished third in Division 4 League campaign with four wins against London, Limerick, Leitrim and Waterford, a draw with Wicklow and a defeat against Carlow. They were dumped out of the Ulster Championship on a 1-18 to 0-14 scoreline against Down.

Offaly's most recent form with the Ulster outfit came in Division 3 of the 2017 Allianz League when Offaly raced to an easy 0-23 to 1-7 win in O'Connor Park.

Offaly, however, face into this game after a period of much turmoil, culminating in the sacking of manager Stephen Wallace amid significant fall-out surrounding their Leinster Championship defeat to Wicklow.

Tullamore man Paul Rouse was brought in to steady to ship alongside Stephen Darby, John Rouse and Alan McNamee, and that homegrown management team have received a boost with the return of a number of players to the fold.

Brian Darby came out of inter-county retirement to add experience to the set-up under the tutelage of clubmate Alan McNamee and hsi father Stephen.

Also returning to the fold in recent weeks was Johnny Moloney who had stepped away during the recent Allianz Football League after a fall-out with former selector Billy Sheehan.

James McPadden, Thomas Mooney and Colm Doyle are among more than half a dozen players to have joined the panel in the wake of Wallace's dismissal.