Birr were one of just 20 clubs chosen to take part 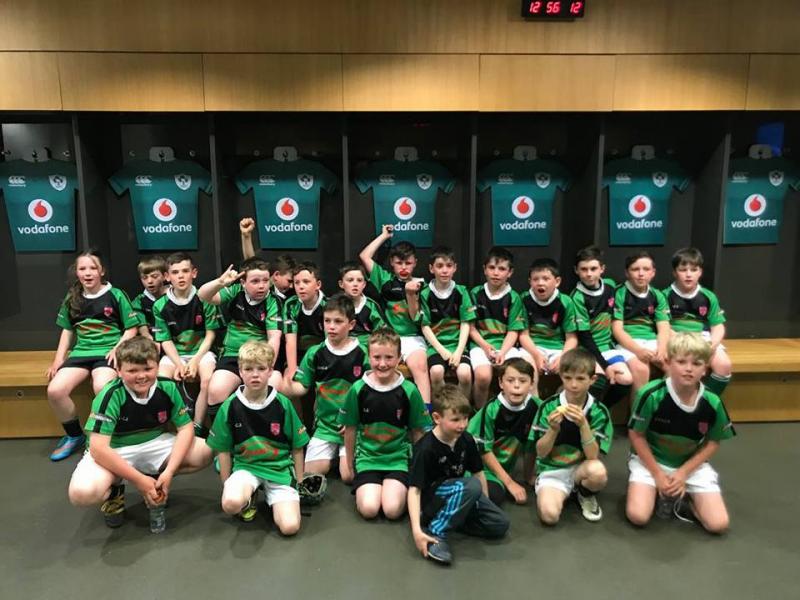 Normally home to some of the giants of Irish sport, the Aviva Stadium played host to some slightly smaller rugby stars last weekend as 400 boys and girls descended on Dublin to play in the Aviva National Mini Rugby Festival.

Thanks to Aviva’s sponsorship, this was the fifth time that the end of season Minis showcase was staged at the home of Irish Rugby, and Birr Rugby Club were amongst the lucky few clubs chose to compete.

While playing on the pitch was potentially reward enough for the future rugby stars, the kids’ day was further boosted by surprise appearances from Irish internationals Fergus McFadden and Kim Flood. And, far from being passive observers, the two stars could not resist joining in, providing coaching tips and encouragement to the burgeoning talent. 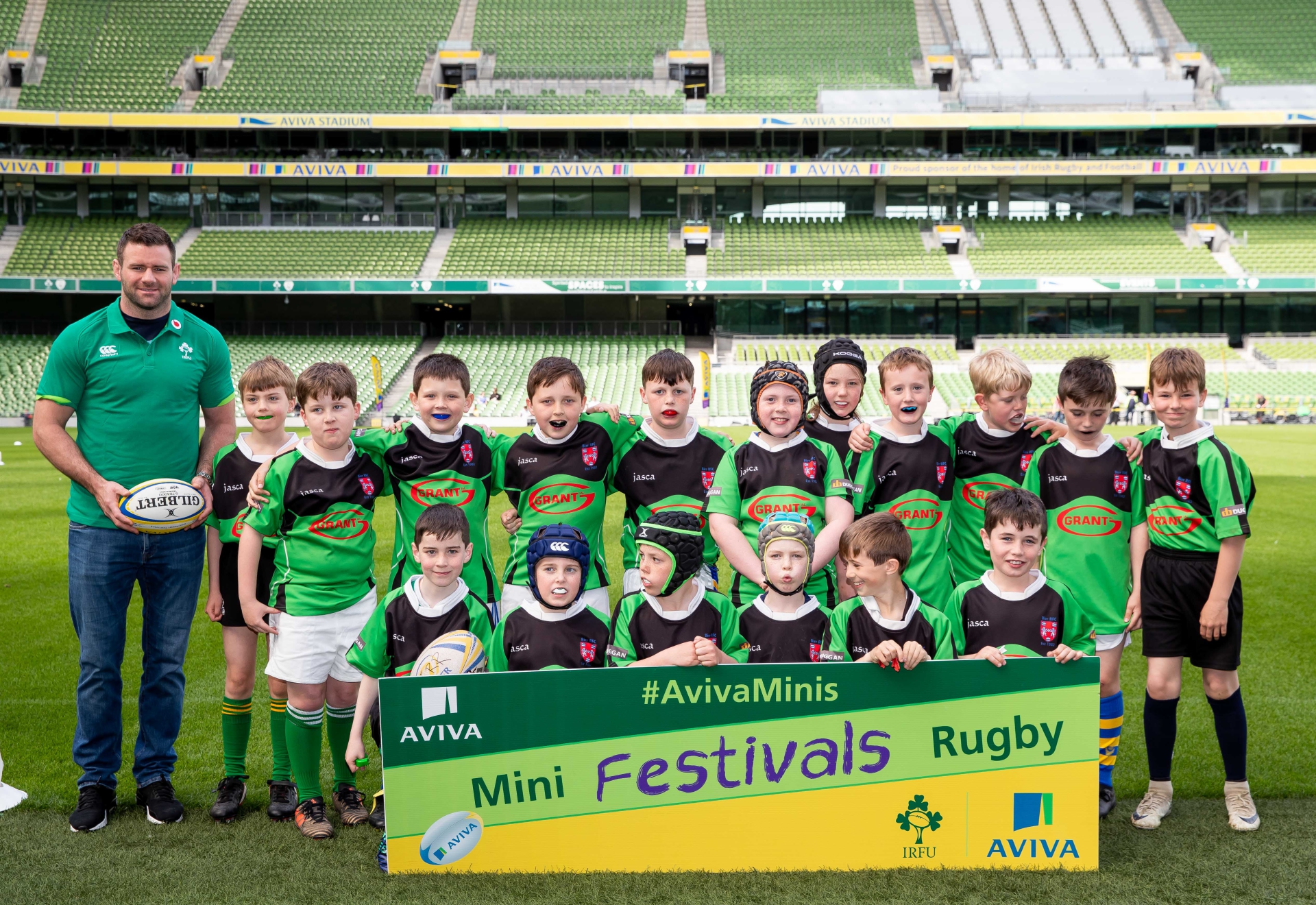 PICTURED: The Birr team at the #AvivaMinis festival in Dublin's Aviva Stadium

Twenty teams had the opportunity to run out and play on the same Aviva pitch where their heroes had played and won the Six Nations Championship and Grand Slam this season. The 20 sides were drawn from over 100 Rugby Clubs that participated in the four provincial Aviva Minis Festivals held in City of Armagh RFC (Ulster), Tullamore RFC (Leinster), UL Bohemians RFC (Munster) and Corinthians RFC (Connacht).

The National Festival saw U10 Boys and U12 Girls Teams play against each other in a non-competitive and fun environment, which gave the players the chance to develop their skills and learn from one another all on the hallowed turf.

Among those to get the chance to play at the Aviva Stadium was the Birr RFC U10 Boys team, speaking at the event Noel Molloy of Birr RFC said “The kids have been looking forward to it for the past 4 or 5 weeks once we knew we were going to the Aviva qualifiers."

"We were lucky enough to get through and the kids were hugely excited. We’re letting everybody at the club know how great it is that the kids have been here and we’ve even got more of our own lads back training that maybe weren’t attending that well," he added.

The Aviva National Mini Rugby Festival gave these young players a day which they will never forget and an experience which will inspire them in the green and black jersey of Birr.

Each of the players on the day received an Aviva National Mini Rugby Festival certificate, signed by Niamh Briggs, Rory Best and Robbie Henshaw, to celebrate their participation on the day.

Eoin Hogan, IRFU Age Grade Manager, said; “There has been great excitement since the participating teams were drawn 6 weeks ago. The National Festival at the Aviva Stadium is the culmination of all the Aviva Mini Rugby activity across the island, in particular the provincial festivals held in City of Armagh RFCandCorinthians RFCin October, and the Tullamore RFC, UL Bohemians RFC and Carton House Girls event at the beginning of April. Mini Rugby is of the utmost value to Irish rugbyand is themost important platform to launch what is hoped will be a player’s long association with the sport.”

Mark Russell, Aviva Sponsorship Manager, said; “Generally it’s the big International matches that grab the limelight at the Stadium, but every so often we get to put on something like the Aviva Mini Rugby Festival.  It gives every player on the day that big match feeling, to experience what it is like to run onto the pitch and play where all their heroes have played.  We were delighted to welcome all teams and their family and friends to the Stadium for a day they will probably never forget.”

Ireland Winger Fergus McFadden, said; "‘It’s a great day, seeing all the boys and girls from different clubs around the country running onto the pitch at Aviva Stadium is a brilliant memory for them all to have.’

Ireland Women’s International Kim Flood, said ‘You can see a great skill level from both the boys and girls’ teams and hopefully we’ve seen some of the future stars of Irish Rugby in action today. It’s a dream to play at Aviva Stadium for everyone, and it’s fantastic for everyone involved today to have that opportunity."