Kevin has enjoyed a stellar season so far 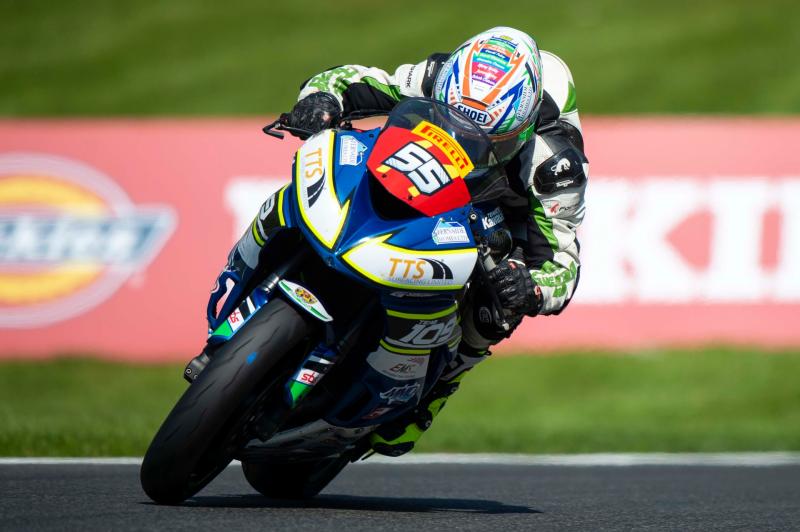 Edenderry’s Kevin Keyes, the Offaly Express/Guy Clothing Sports Star of the Year for 2017, heads for this weekend's World Superbike Championship round at Donington Park in which the Pirelli National Superstock 600 class run alongside as a support class for the European round of the series.

Keyes was last in action at Oulton Park less than a month ago where he bounced back from two crashes in qualifying and warm up to score his second podium finish of the season, taking a brilliant second place finish around the Chester circuit and remaining his second spot in the championship overall.

Back fully fit following his Bank Holiday weekend crashes, Keyes is hoping to use the current momentum he has built from the last round to hopefully stand on the podium once again this weekend. Having competed at Donington Park already this season, scoring his maiden podium finish in the class at the opening event of the campaign in April, the 21-year-old has hopes of doing the same again this weekend.

Speaking ahead of this weekend the Offaly rider said; “I’m feeling confident heading into this weekend, I'm feeling fit again after our crashes at Oulton, and I’ve done plenty of training ahead of the weekend to make sure I am coming into it sharp."

"Ryan Vickers has an entry into the World Supersport class this weekend, so my aim is to get some more valuable points with him away for this round, be smart, and bring it home, hopefully up the front.”

Sharing a paddock with the biggest teams and riders in the World Superbike Championship, including fellow Kawasaki rider, and current world champion Jonathan Rea is a motivation for Kevin, and he is hoping to attempt to catch the attention of some of the biggest riders and teams in the world this weekend.

“For me this is an important round, not just for myself personally, but for us as a team,” said Kevin.

“Sharing a paddock with the World Superbike and Supersport teams is a huge opportunity. You never know who will be looking at you, and the team have put a lot of effort into looking and working professionally this season, so hopefully I can do a good job in front of some big teams and riders," he continued.

"If I can come home as top Kawasaki in the class, and keep the attention of ‘Team Green’, you never know what can happen," he concluded.