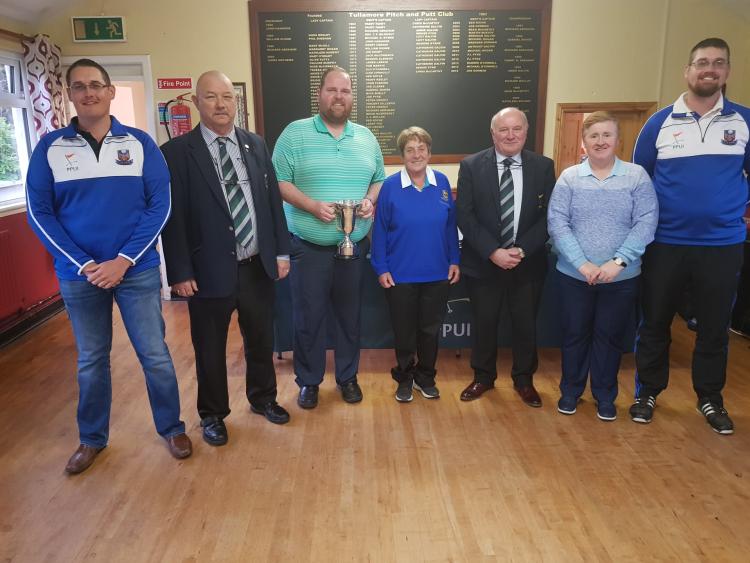 One of Ireland’s most prestigious Pitch & Putt competitions is coming to Tullamore over the June Bank Holiday Weekend as the Arden based club will host the 2018 Ladies and Mens National Matchplay Championships from June 2-4.

64 Men will compete in a single grade for the Day Cup while 32 women will be split across two grades (Gross and Nett) of 16 players each. The Nett Section is new for 2018 and is being introduced in an effort to make the Ladies game in general more competitive and take account of the differing playing abilities of Lady Players at present in Pitch & Putt.

The Men's section features 10 Offaly Men amongst the 64 strong field with all the six players who recently secured their places on the Irish team for next month’s European Championships in Urduna in the Basque Country in action in this year’s event.

Local Tullamore interest will centre on four players in the main as 2016 National Strokeplay Runner-Up Darren O’Connell from the host club will be in action in the second of the First Round matches to tee-off as he faces Peter Reilly from Bellewstown in Meath.

Current holder of the Men's title John Ross Crangle from Loughlinstown in Dublin will begin the defence of his title against his Irish team-mate Eamon Gibney of Castletown in Meath while Irish Strokeplay Champion Mark Millar of Cement in Louth will play Christopher Hickey of Larkspur Park in Cashel.

The Erry club in Clara has the other six Faithful County representatives in the Men's as Sean Buckley takes on Martin Baird from Bagenalstown in Carlow while Aongus Coughlan will also be playing in the first session against Jason Meehan of Athgarvan in Kildare. JJ Wynne plays in the second session against Thomas O’Reilly from Old County in Dublin as Gerard Gallagher from the Clara club follows against Fermoy’s Declan Freeman. William Buckley Snr faces a major battle against reigning World and European Strokeplay Champion Liam O’Donovan from Bruff in Co Limerick. Leonard O’Meara concludes the line-up in the First Round against Listowel’s Declan McCarron meanwhile.

In the Ladies Scratch section, Offaly interest centres on three players most notably former five time winner of the event in Tullamore’s Margaret Hogan who features in the bottom half of the draw against Old County’s Pauline Balfe. Her club-mate Denise Pyke will play another former winner in Fermoy’s Eleanor Walsh as Erry’s Helen Wynne will play Ger Holland from RGSC Dublin in the First Round. Tullamore club stalwart Annie Galvin is the sole Offaly interest in the new Nett Ladies section as she will take on Dora Keane from Lucan in Dublin.

Play will take place over the three days of the June Bank Holiday Weekend with the Semi-Finals and Finals of the three competitions all on the Monday at the Arden course.