IT'S OFFICIAL: Ava Dolan is the Offaly Sports Star of the Month for April 2018

She ran away with our April vote 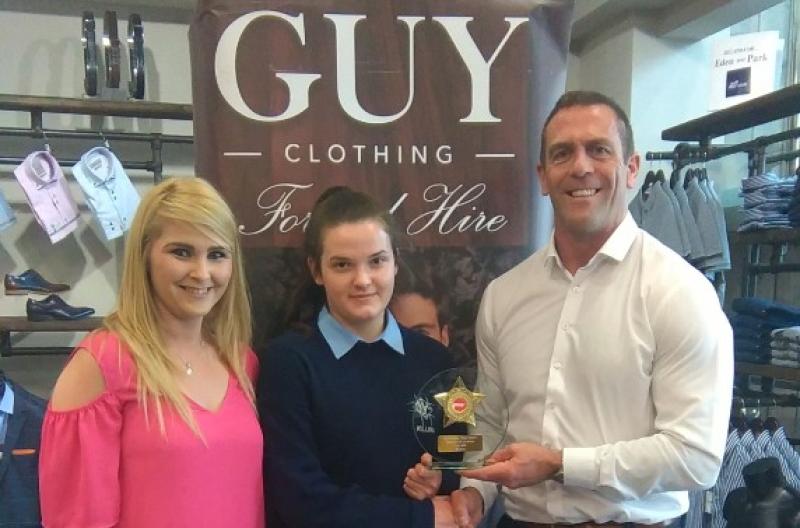 IT'S OFFICIAL: Ava Dolan is the Offaly Sports Star of the Month for April 2018

Young soccer ace Ava Dolan from Killina Presentation Secondary School has been presented with her Offaly Sports Star of the Month award for April 2018 from the Offaly Express and title sponsors, Guy Clothing, Tullamore.

Dolan rocketed to the top of the voting when the poll and continued to stave off the competition as she claimed a whopping 46% of the thousands of votes cast.

Ava had been shortlisted after being the captain and player of the match as Killina claimed their first FAI Schools Minor 'B' National Cup title against defending champions, St. Mary's, Newport, in the decider.

Edenderry rugby star Shauna O'Brien was second on 28% while another young star, GAA sharpshooter Conor Dunican from Gallen CS in Ferbane was third with 10%.

Ava received a specially commissioned glass trophy provided by title sponsors, Guy Clothing. She will also now go forward as the April winner in the ultimate Offaly Sports Star of the Year 2018 vote which will launch in early 2019.