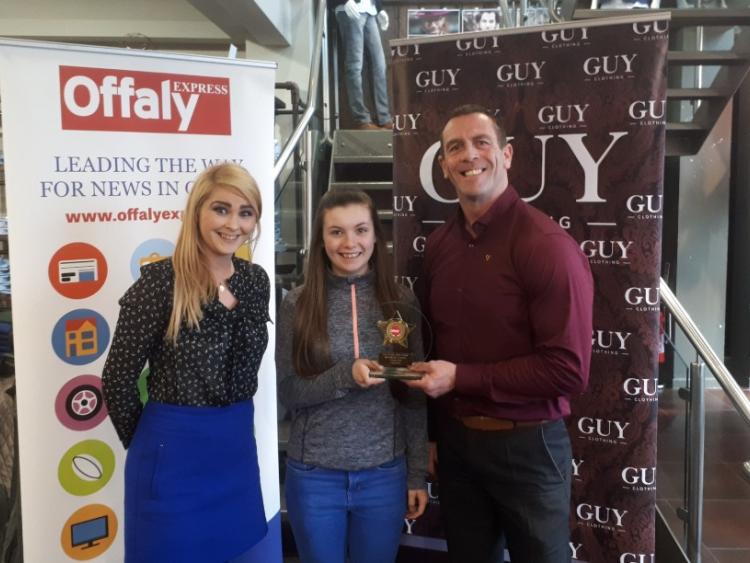 IT'S OFFICIAL: Edenderry boxer Lauren Hogan is the Offaly Sports Star of the Month for February

The winner of the Offaly Express/Guy Clothing Sports Star of the Month poll for February, Lauren Hogan, has picked up her specially commissioned glass trophy.

The young boxer fights out of the St. Brigid's Boxing Club in Edenderry, and walked away with the February vote after receiving 36% of the 7,000 votes cast.

Lauren had been shortlisted for the February prize after she cruised to a 5-0 win in the 54kg class at the National Elite Boxing Finals, claiming her third elite title in the process.

Another Edenderry boxer, Darragh Farrell from St. Joseph's Boxing Club, came second in the voting with 15% of the votes. Darragh claimed his fourth Leinster title in a row with a smooth performance in the final in Athy.

Lauren will now go forward as the February winner in the ultimate Offaly Sports Star of the Year vote for 2017 which will be launched in January 2019.