He remains second in the championship 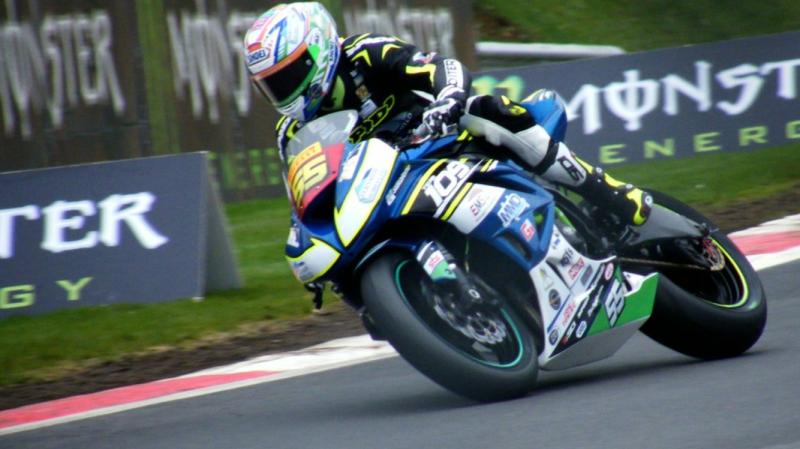 Offaly motorcycle racer Kevin Keyes put in another superb display to hold on to second spot overall in the Bennetts BSB Championship at Brands Hatch.

Kevin was relishing the challenge of the track on which he signed off last season with a spectacular display, and after overcoming a number of challenges this time around, finished in 5th spot on Sunday, April 15.

He performed well during the practice sessions earlier in the week and despite some suspension issues and a number of visits to the pit lane during qualifying, he managed to secure 9th place on the starting grid for the big race.

Sunday’s 11:35am race was the first race of the day and Keyes as usual made a brilliant start, moving up to third place at the end of lap one.

He then settled in to a great battle then with three other riders over the coming laps for positions 2-5 after the leading rider raced into a commanding lead.

Keyes did manage to gain second position and held it there before a bike front-end ‘chattering’ issue developed and slowed him enough to let those other three riders past once more.

Kevin held on for the rest of the race to finish in a very credible 5th place, collecting enough points to hold onto second position in the championship standings.

Afterwards Kevin Keyes told us: “We had a good weekend all in all. I had some set up issues and once we got them sorted we were ok."

"Race day came and I was feeling good for it as I knew I’d to get a good start which I did coming from P9 to P3 on lap one, eventually climbing to P2."

"But as I was riding at a faster pace more setup issues arose, but we fought on to bring home solid points for the championship in 5th spot which keeps us 2nd in the championship."

"I’m now focusing on my next race at Oulton Park in a few weeks," he concluded.