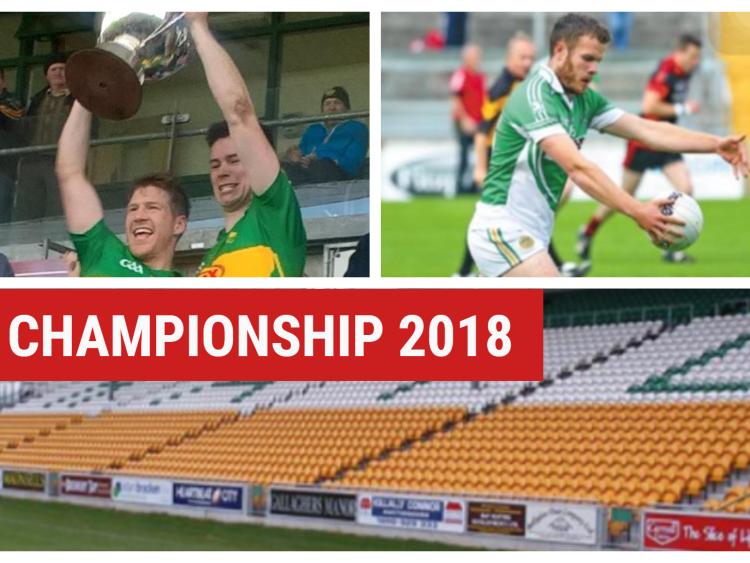 PREVIEW: A look ahead to the 2018 Offaly Senior Football Championship

On the weekend of April 7/8, the 2018 Offaly Senior Football Championship will get underway with kingpins Rhode out to defend the title they won for a record 28th time last year.

They went unbeaten in last year's championship with no team even coming close to laying a glove on them. Their mind as on Leinster glory, which ultimately failed to materialise but with a good blend of youth and experience, they'll be the star they're all aiming to reign in again this year.

Durrow are the new team in this year having won the Senior B title last year, and along with Gracefield and Cappincur, they'll be the favourites to fall into the dreaded relegation battle. Beyond that, the usuals are there again - Rhode, Edenderry, Tullamore, Clara and Ferbane.

The eight teams will face each other once in the round robin phase of the competition and like last year, the top two teams after that phase will go straight through to the semi-finals, where they won't be able to face one another.

Their opponents will come from the four next highest placed teams with 3rd playing 6th and 4th playing 5th in the two knockout quarter-finals. They will then be draw to see who plays who in the semi-finals with the original top two teams unable to face one another.

The final will once again be played in October.

The village club have been in superb form recently, and so far this year, have won all three of their senior league Division 1 games with consummate ease. The had ten points to spare over Edenderry, 19 over Gracefield and eight over Clara.

It doesn't always pay to read too much into league fixtures at this time of the year as some teams will have been missing county stars, and in truth, Rhode aren't hugely represented on the county panel. Nevertheless, the likes of Anton Sullivan, Conor McNamee and Niall Darby returning will make a huge impact.

Rhode still count the likes of Niall McNamee in their ranks and they're at least as strong as last year, if not stronger. They went unbeaten in last year's championship, eventually seeing off Clara by three points in the final. They are the undoubted class in the field and will be odds-on to collect title number 29.

With Johnny Maloney leading the charge for the town club, Tullamore will be a force to be reckoned with. They are a tight-fisted team that give away little in the way of scores. They've only given up an average of 11 points in their two league games this year and were similarly stingy in last year's championship.

They'll have defensive talent of the ilk of Declan Hogan and Paul McConway to welcome back, and with both of those players performing well at county level, they'll be tough to break down.

However, they have shown frailties, and despite reaching the quarter-final stage last year, they were surprise losers to Gracefield on a 2-8 to 0-8 scoreline. They'll have to improve massively to challenge, but one thing is for sure, they won't be an easy game for anyone.

Edenderry have a wealth of young talent in their ranks, including the likes of Jordan Hayes who made his breakthrough with the Offaly panel this year, but they didn't show that to good effect last year. They scraped into a quarter-final without really performing and yet again in that game failed to show up in a 1-11 to 0-9 loss to Clara.

Nevertheless, the potential is there for the 2011 and 2015 champions, and they have been boosted by the return of Peter Brady as manager. The former Offaly star was at the helm on both of those occasions and will certainly get buy-in from his fellow Reds.

The likes of Sean Pender and Richie Dalton could be considered veterans at this stage having been young guns in that shock 2011 success, and they will play an important role in galvinising others. They appear to have shown little interest in their early league games this term, losing both heavily to Rhode and Clara, but with the production line of talent at their disposal and Brady back in charge, they could put in a good showing.

The long-time bridesmaids of Offaly football and so often the runners-up, Clara have undoubted talent in their ranks, including the likes of Scott Brady and Offaly exile Graham Guilfoyle.

Again, Clara are a shrewd outfit that gives up little in defence and very often get enough scores to get over the line in games. They've been a bugbear to the likes of Edenderry in recent years, but it's notable that they haven't secured the title since 2009.

They're a team that have been on the road together a long time and will almost certainly grind their way to a semi-final spot. They were solid last year and eventually reached the final, but had come up short in the round robin phase in the bigger games against the likes of Rhode, Ferbane and Tullamore. They've lost to Tullamore and Rhode again in this year's league despite having all of their talent at their disposal, and may well find a couple of teams too good again.

Ferbane are the major improvers in Offaly over the last four or five years. They contested the final two years ago and were unlucky to lose out by just one point to Clara at the semi-final stage last year. The production line in Ferbane has been excpetional, producing the likes of Shane Nally and Cian Johnson.

Johnson hasn't seen much senior action for Ferbane despite being part of Stephen Wallace's Offaly panel this year, but there is no doubt he'll feature this term. Despite still being a teenager, he can make enough of an impact to see Ferbane challenge highly for an automatic semi-final spot, or at the very least a quarter-final berth.

Cappincur will most likely be fighting for their lives and Senior A status again this year having survived in the play-off against St. Rynagh's last season.

They lost six of their seven championship games last year, but there were green shoots in their narrow one-point loss to Rhode in the round robin stage. However, they leaked far too many goals last year, including five against Ferbane and four against Clara, and are going to struggle again this time around.

Their hope of survival is beating the new boys Durrow and hoping for an upset against one of the bigger teams. Gracefield should have enough to finish ahead of them again.