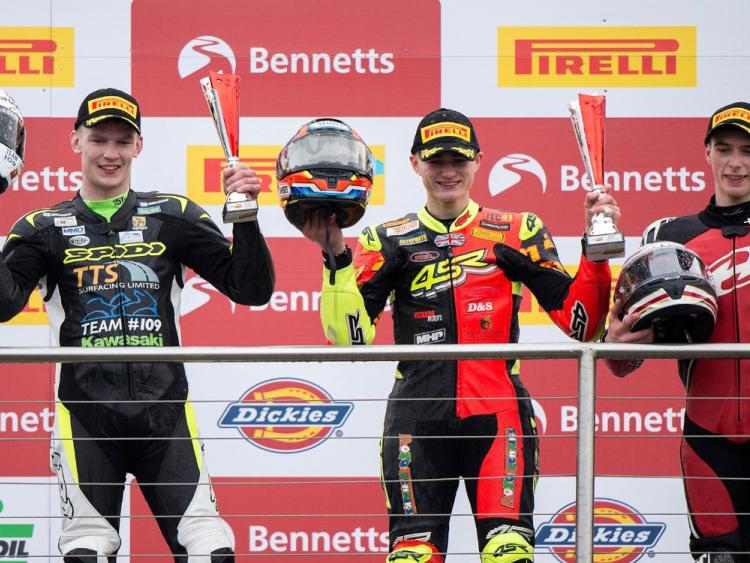 The Offaly Express/Guy Clothing Sports Star of the year for 2017, Kevin Keyes, got his season off to a rip-roaring start by claiming a podium finish at Donnington Park in the UK.

The long-awaited Bennetts BSB Championship finally got underway at the weekend with the Edenderry rider in top form from the very first session on Saturday morning.

Having put in encouraging displays in practice, Kevin went out on his Team#109 Fernside Homes Kawasaki ZX6 with a new suspension for Sunday's qualifying session. He went well in the opening half of the session switching places in the top three, before having to come back to the pits for some minor changes, eventually settling for a credible 5th on the grid.

Bank Holiday Monday’s race was brought forward to 6pm on Sunday evening because of a very bad weather forecast for Monday morning, and with Kevin Keyes’s form over the weekend improving from the start on Saturday, he was relishing the challenge of a sooner than expected race.

Starting from the middle of the second row, Kevin kept up his great knack of good race starts and before the end of the first lap he was in second position. He kept the distance between himself and the leader to the minimum before taking the lead on the last corner of lap 5.

There was then an excellent battle between the top 2, changing positions again on lap 8, with Keyes then almost crashing out on the 10th lap, only to recover brilliantly and retake the lead. 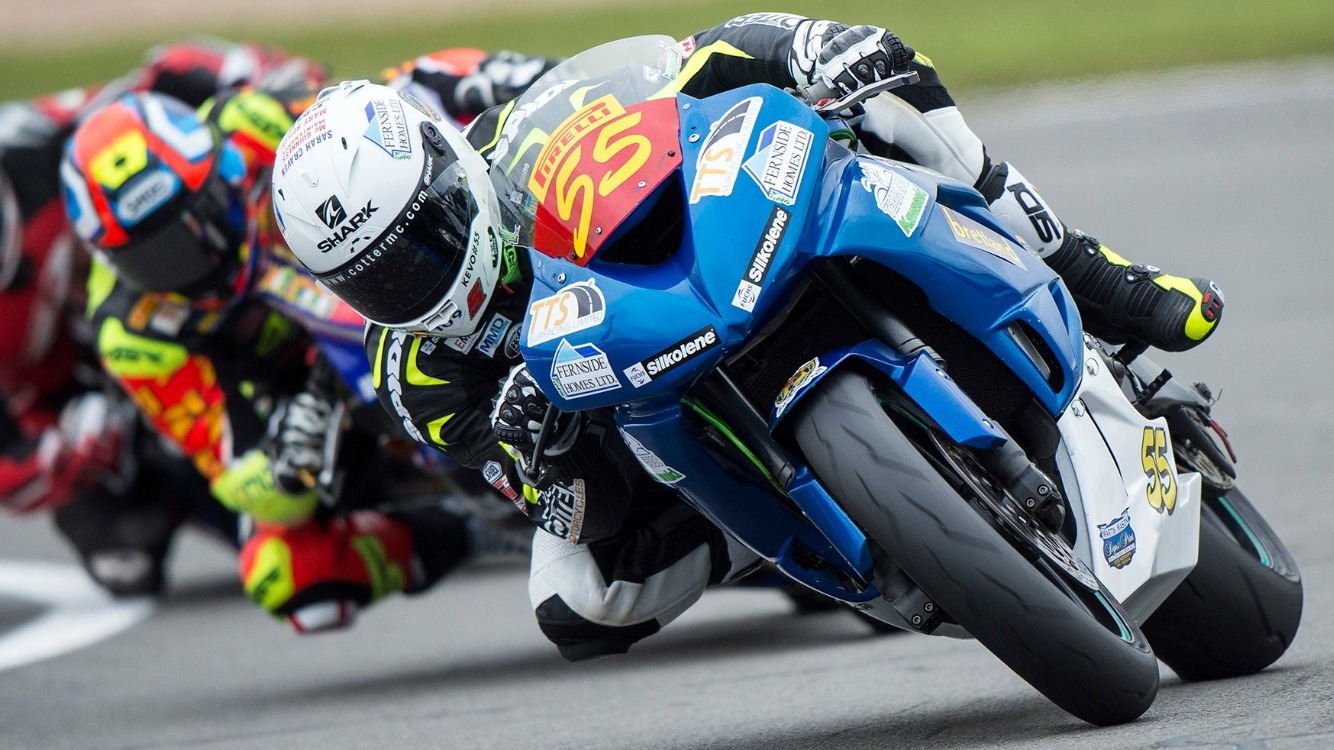 He finally settled for 2nd spot on the last lap after a great move to take the lead by the eventual winner. It proved to be an excellent weekend for the Edenderry man as he claimed his first ever BSB Superstock 600 podium finish and the fastest lap of the race.

After the weekend’s results Kevin told us, “Yesterday we got our first Pirelli National Superstock 600 Podium in P2, so I'm happy with the whole weekend. We had the pace in both wet and dry conditions."

"Thanks must go to my whole team for all the great efforts this weekend." Kevin also thanked his sponsors, saying, "without you I couldn’t have done it."

Kevin and his team now roll on to Brands Hatch for Round 2 in two weeks time.