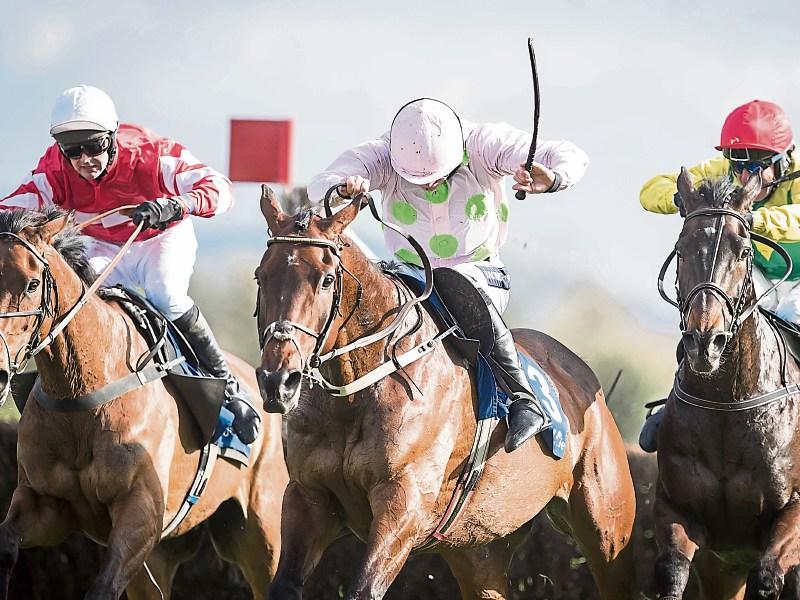 While the buzz of Cheltenham has died down for another year, the national hunt train continues towards April and the Punchestown Festival. Thurles hosts a decent card on Saturday while the flat season begins at Naas on Sunday.

JETT for Jessica Harrington is worth siding with in the 14:45 race at Thurles on Saturday given his impeccable course form. He has had two runs at the Tipperary track and won on both occasions. He recorded an emphatic 16-length win over Balbir Du Mathan in December last year. That horse has run credibly since, not least of which when second at the same track behind Pylonthepressure in early February. Jett himself was back at Thurles on February 22 and once again won at his ease, beating Goulane Chosen by four lengths. He also ran against subsequent Arkle winner Footpad at Leopardstown over Christmas, and although he was last of three finishers that day, he plugged on well to finish 24 lengths behind Willie Mullins' star in a race he was never good enough to win. Recent form suggests he'll handle soft or heavy ground and he's shown he likes the track, so he can get involved here.

Diamond King is a likely odss-on favourite for Gordon Elliott in the 16:30 race on Saturday's card at Thurles, but I like the look of CALL THE TAXIE in opposition at more attractive odds. Diamond King was pulled up in the Coral Cup at Cheltenham last week and in truth, has been massively inconsistent of late. He hasn't won since 2016 and has been pulled up by his rider in three of his last five starts. That's a huge negative and brings Call The Taxie into the reckoning, especially in light of his most recent run. He was second behind Kilfenora in the Pertemps qualifier at Punchestown in February, and running through the finishing order, the eventual Pertemps Final winner at the Cheltenham Festival was behind the selection. Call The Taxie was second while Pertemps winner DELTA WORK was a further three lengths back in third. Call The Taxie skipped Cheltenham so is fresh for this, and although he will have to defy top weight, he can take advantage of Diamond King's recent woes.

On Sunday, Naas gets the Irish flat season underway with a good card where Dermot Weld can get off to a winning start with MAKING LIGHT in the 16:15 contest. The four-year-old filly will likely face opposition from a couple of Aidan O'Brien horses in the Group 3 contest, but she showed enough improvement late last season to suggest a big run here. She found it hard to get her head in front in 2017, but she was consistent and managed to bag a win, albeit in the steward's room, over Larchmount Lad in a listed race at Leopardstown last October. Before that, she had finished in the front three in three out of four 2017 starts. This is a step up again but she showed her class by winning a Group 3 in 2016 and with more experience under her belt, she can make it difficult for O'Brien's string on ground that she likes.