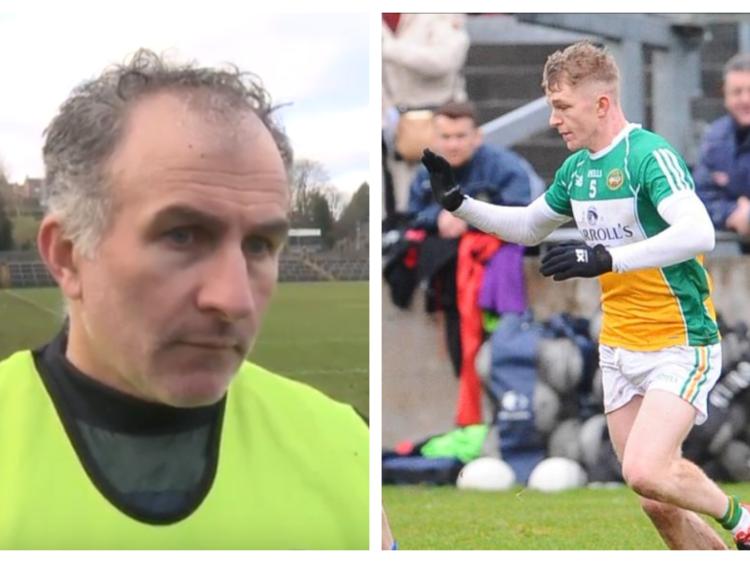 Not least of those talking points was the prospect of facing Westmeath on the final day in order to secure survival in the third tier of league football. An Offaly win will all but seal their Division 3 status with Sligo and Derry set to play in another battle to avoid the drop. One of the three counties will go down along with Wexford.

Offaly face their near neighbours Westmeath this coming Sunday, March 25 at 3pm in TEG Cusack Park, Mullingar. The Offaly manager Stephen Wallace has been speaking to us ahead of the clash, and he said, "the reality of the situation is that we still need to go to Mullingar and win. Nothing has changed in that regard."

He has well and truly put last week behind him and is focussed on the task at hand. "We look forward now to Sunday and a huge game against a very good Westmeath side. It’s a big ask of course, but isn’t every game," he quipped.

The task is indeed a big one for the Faithful as Westmeath have had the hold on Offaly in recent years. The teams have met in five competitive games between league and championship in the last ten years with Westmeath winning all of them. They won the most recent league clash between the two teams in 2016 on a scoreline of 1-9 to 0-9. The other relatively recent league clash ended in a 0-19 to 2-11 defeat for Offaly in 2011.

As well as that, they have held off the Offaly challenge in the three most recent championship meetings. Last year was the closest Offaly came to breaking the hold after it took a replay to separate the bitter rivals in the Leinster Senior Championship quarter-final. The replay victory, however, was an emphatic one as the Lake County came away with a 3-17 to 0-15 win. Westmeath also won on scorelines of 0-13 to 0-12 in the 2016 Leinster quarter-final and 2-11 to 1-8 all the way back in the 2008 championship.

Westmeath are comfortable in Division 3 as they currently sit in fourth and just outside the push for promotion. They would need results to go their way and beat Offaly by more than 28 points to make the jump straight up to Division 2. Therefore, they will be playing primarily for local pride and bragging rights, an accolade they've held for more than a decade.

Offaly will be fighting for their life and the manager is hoping for a big performance from a young team he says is constantly improving. "With the exception of the Longford episode we have been competitive in every game."

He paid credit to his young charges, calling them "genuine lads," insisting they "want to improve and represent their county with pride each time they go out with an Offaly jersey on their backs."

Westmeath have a more established team and will be building towards a Leinster championship they hope to be competitive in among the counties chasing Dublin's coattails. Offaly on the other hand will be drawing on pride to bridge the gulf in experience, and the team, albeit very different in terms of personnel, proved it can battle by surviving on the last day of the league last year, relegating neighbours Laois in the process.

It will be a toe-to-toe battle on Sunday but Offaly will be relying on Westmeath complacency to get the job done. A nail-biter is in store for Offaly football fans.