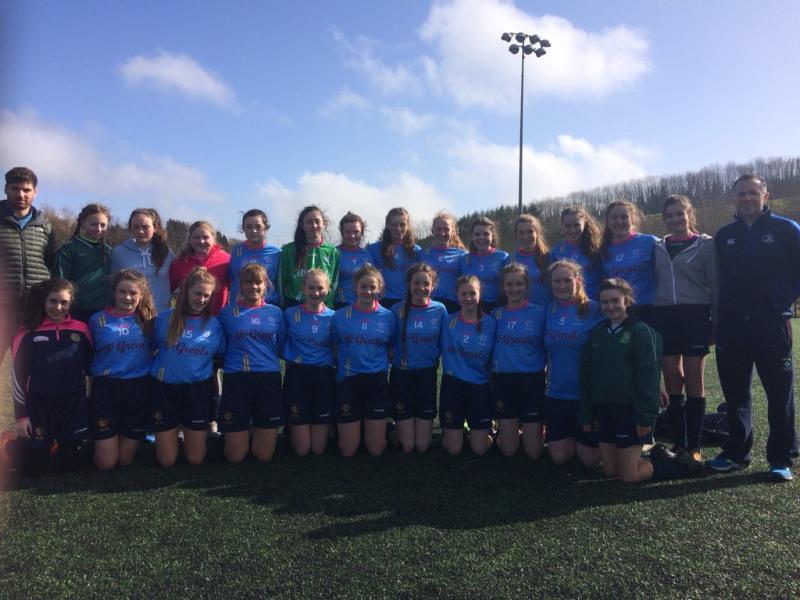 Killina are through to the FAI Schools Minor ‘B’ Girls National Cup Final after an impressive 3-1 win over Coláiste Ailigh today.

The Offaly school were on top from the start in Monaghan and secured their place in the national cup final.

Killina were quickly out of the blocks and after Ava Dolan and Rebecca Watkins both went close early in the game, Killina took the lead on 29 minutes when the pair combined again with Dolan applying the finish from the edge of the box.

Killina continued to press but the score remained at 1-0 at the break.

Coláiste Ailigh almost equalised at the start of the second-half but Killina goalkeeper Ciara Glackin did brilliantly to deny Shannon Ni Chimhneagain.

Killina took full advantage and duly added a second goal with Rebecca Watkins scoring with a sublime solo effort with 50 minutes on the clock.

Coláiste Ailigh were not out of the game and they almost pulled one back when Shannon Ni Chimhneagain hit the crossbar.

However soon after, Killina put the game beyond their opponents when Megan Daly Hoctor scored another excellent goal.

Erin Ni Dhochartaigh did pull back a late goal for Coláiste Ailigh but it was only a consolation as Killina prevailed.