It was a stellar night for the Faithful 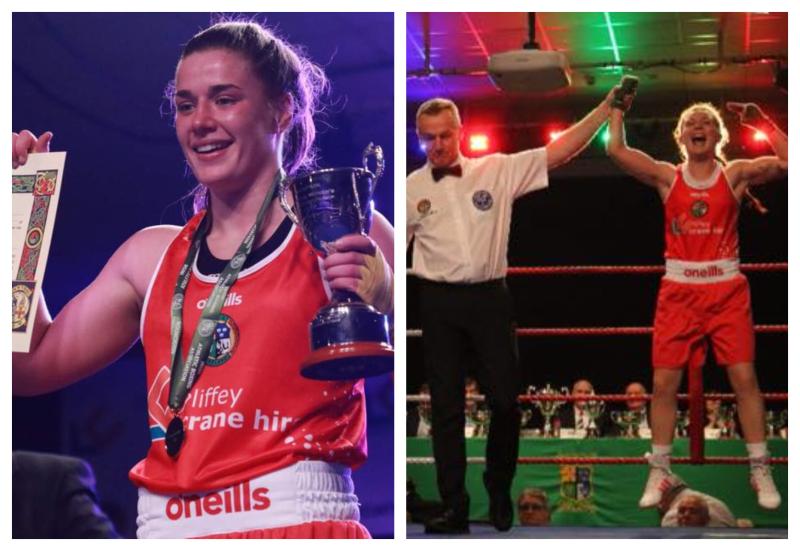 Grainne Walsh retained her welterweight title with a comfortable 5-0 victory over Ciara Ginty, while Lauren Hogan claimed her third title with a 5-0 win over Amanda Loughlin.

The Offaly boxers starred live on RTE 2 television as all 16 Elite National finals took place at the National Stadium. Also in action from Offaly was Daingean's Brian Kennedy who lost out in an epic 3-2 scrap with Caomhin Hynes.

As well as collecting a national title, Tullamore's Grainne Walsh was awarded the 'Jimmy Magee Cup' for the 'Best Female Boxer' on the night.

Speaking afterwards, Grainne said: "It was such an amazing night. What an honour to receive this award in memory of an Irish legend. I want to thank everyone from the bottom of my heart for their support, from the people who travelled up to the ones watching at home. It means the world to me and I can't wait to see what the future holds."