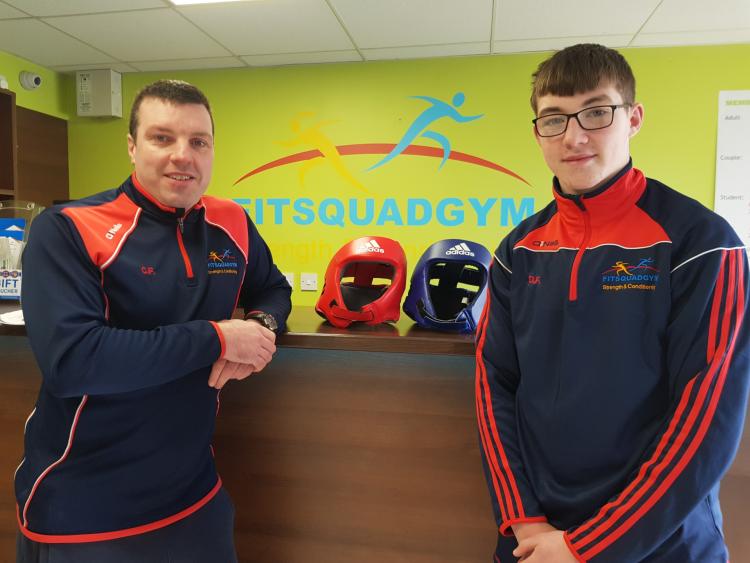 Darragh (R) pictured with his latest sponsor, Cillian Farrell of Fitsquadgym in Edenderry

Edenderry boxer Darragh Farrell has once again announced himself as a risingbboxing star as he claimed his fourth Leinster title in a row last Sunday.
The Oakland's student, who was nominated for an Offaly Sports Star of the Month award last year, took the title after a smooth performance in the final in Athy.
The week continued to be busy with Darragh as he headed to Carlow and St. Brigid's Boxing Club in Edenderry for sparring as he continues his preparations for the Irish Championship which begins in three weeks time.
Also during the week Darragh received sponsorship from Fitsquad Gym and owner and former Offaly hurler Cillian Farrell.
This sponsorship will enable Darragh to work on his fitness with the use of all the excellent facilities offered at the gym along with attention from a perosnal trainer.