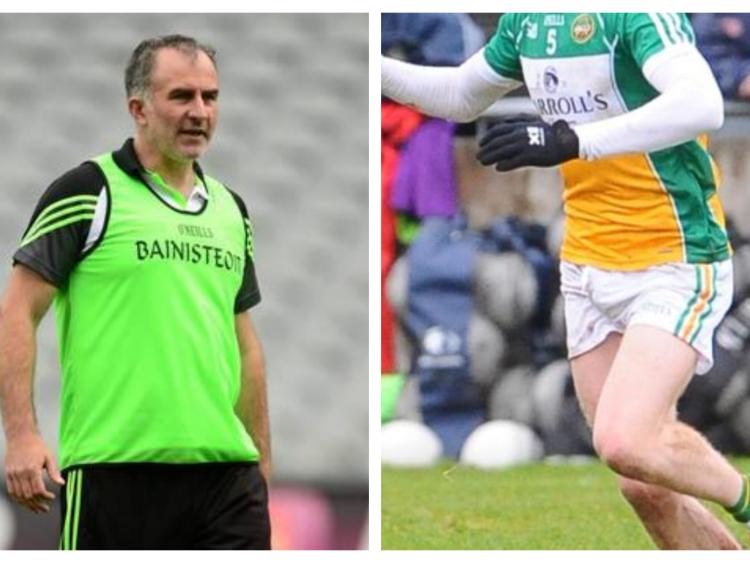 Offaly football boss Stephen Wallace is once again planning for the challenge of Derry after last week's Division 3 postponement, and the Kerry native has taken time out to speak to the Offaly Express ahead of the game in Celtic Park on Sunday at 2pm.

"We go to Derry again looking for an improved performance. If we get that we are making strides in the right direction," he commented.

Offaly were overrun by Longford and beaten well on a scoreline of 3-18 to 1-13 on the opening day of the league, denting the early optimism surrounding the team's O'Byrne Cup performances.

Wallace had to then regroup and refocus his charges for a tough trip to promotion chasing Fermanagh, where Offaly conceded two goals and lost out on a scoreline of 2-11 to 1-6. They return to Celtic Park this weekend after last week's cancellation in search of their first league win of the year.

"It’s a rebuilding process. We are missing a lot of lads from last year's team, including Brian Darby, Eoin Rigney, David Hanlon, Ruairi Allen, Graham Guilfoyle, Ruairi and Niall McNamee," he pointed out.

Eoin Carroll and Cian Donohue are also currently sidelined with injuries while Peter Cunningham is still being nursed back to full fitness after injury.

"I want to speak only about who we do have now as we are working at developing this new brigade of young Offaly footballers into senior inter-county players, but that will take time," Wallace stated.

"If we improve Sunday, we are another step on the ladder. That’s all as a management team we can ask of the players."

Meanwhile, Derry are also crestfallen and looking for improvement after two defeats in their opening two fixtures of Division 3 against Westmeath and Longford.

Longford had 11 points to spare over Offaly before going on to beat Derry by seven points, leaving the Oak Leafers wounded and looking to beat a Midlands team at the third time of asking.

The Offaly team will be announced on Thursday evening and the game itself takes place on Sunday, February 18 at Celtic Park with a 2pm throw-in.