Tullamore slump to second defeat in a row

February is proving tough for the town 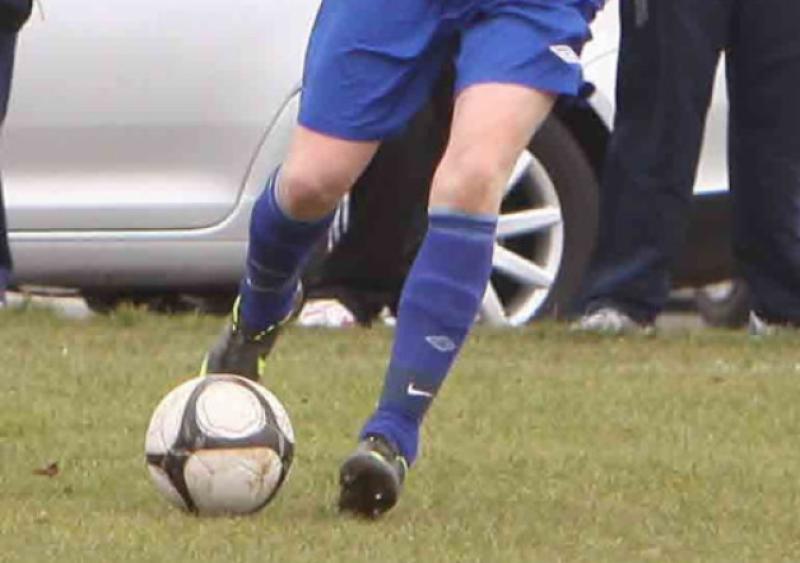 Tullamore slump to second defeat in a row

February is proving a very unforgiving month for Tullamore Town. For the second time in two weeks they travelled to Dublin and returned home empty handed as their lead at the top of Division 1 vanished into thin air.

They were dealt an early blow when Brian Norris and Macdarragh O’Neill were declared unfit to play shortly before kick-off. On a bitterly cold afternoon with snowflakes swirling around, both sides lined out on Wayside Celtic’s all-weather pitch and it was Tullamore who made the early running.

Brian Francis and Enda Carroll combined to send Anthony Kavanagh clear on the right and his cross was well taken by Ger Doran in the home goal and minutes later Shane Dolan cut in from the left and fired into the side netting.

Dolan again created problems when he played in Brian Francis but Dylan O’Rourke got across to clear while, at the other end, Philip Halligan broke through the middle but Kevin Williamson got back to cut out the danger.

The tough tackling home side were intent on disrupting Tullamore’s passing game as they slowly began to gain the upper hand and they went close when Alan Pratt’s long throw-in was brilliantly taken under the bar by Gavin Shiels.

Lovely play by Brian Gill saw him cut through the middle but he was crowded out and then Kevin Williamson’s dangerous free
kick was knocked behind by Ian Coone.

As Wayside began to wrest back control of the game Philip Halligan sent John Hood away but Stuart Carroll got back to clear but, with 35 minutes gone, they jumped into the lead. Fahed Patel picked out Halligan at the far post and, when his shot was blocked on the line by Gavin Shiels, Hood pounced on the loose ball to fire home from close range.

The visitors immediately hit back as good play between Rory Condron and Brian Francis created an opening for Enda Carroll, but Ger Doran saved well down low to his right. Condron was again in the thick of the action as he picked out Shane Dolan on the edge of the area but his effort was charged down by Dylan O’Rourke as the referee brought the first half to a conclusion with the home side one goal to the good.

On the restart Tullamore went in search of an equaliser with Brian Gill and Anthony Kavanagh combining to send Shane O’Connell clear on the right but his low drive flew across the face of the goal. Wayside hit back with Fahed Patel firing wide from distance and then Philip Halligan latched onto a weak clearance but his effort from the edge of the area just cleared the crossbar.

With an hour gone Town went agonisingly close when Enda Carroll picked out Shane Dolan in the inside left channel but his vicious cross-shot was superbly tipped around the post by Ger Doran and, from the resultant corner, Dolan saw
his goal bound effort deflected wide.

The home side nearly added to their advantage when John Hand sent Craig Arnold clear on the right but his effort flew outside the far post while, at the other end, Brian Gill’s cross just missed out the inrushing Shane Dolan.

Arnold again created danger when he broke through the middle but he was denied by a great relieving tackle from Rory Condron and then Ross Zambra’s long range free kick flew narrowly over.

With Sean Connolly coming on for the injured Stuart Carroll, Tullamore went back on the attack with Stephen Francis and Enda Carroll combining to pick out Brian Francis but he was crowded out as the home side clung on to their slender lead.

Sam Mulligan played in Philip Halligan but Sean Connolly did well to get across to block his effort and then Mulligan played in Thomas O’Hanlon but he fired over. Tullamore nearly rescued a point in the dying minutes when Brian Gill got on the end of Kevin Williamson’s free kick but his shot flew inches outside the left post as Wayside laid claim to all three points.

As happens in any long league campaign there is inevitably a dip in form somewhere along the way that affects all teams. The danger for Tullamore is that the confidence and self-belief that has stood them in such good stead in the past might be eroded.

Manager Tony O’Sullivan will have to dig deep to get his side back on course but it will also take a huge effort from the players to weather the current storm. They have another tough assignment this Sunday when they again travel to Dublin to take on TEK United as they look to regain their position at the top of Division 1.

In what was a hard fought encounter the man of the match award went to Tullamore’s outstanding playmaker, Stephen Francis.