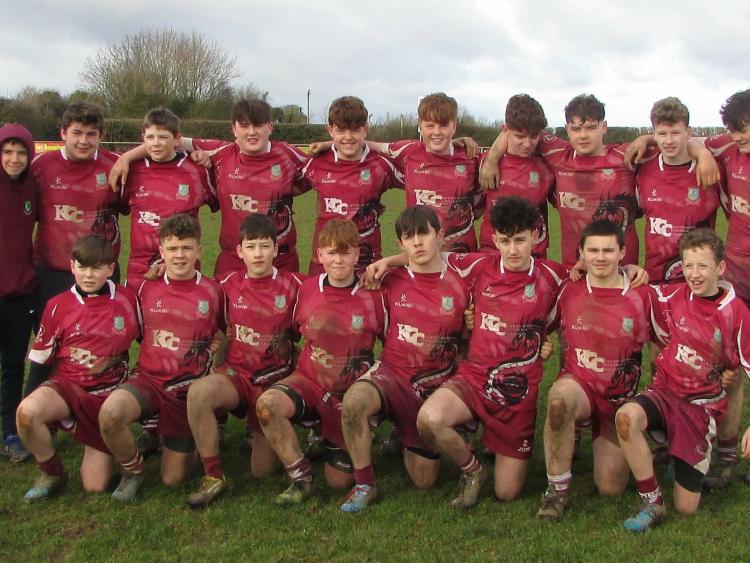 Birr came out on top over Portarlington in a pulsating U16 Leinster League game in Lea Road last Saturday.

Port produced some of their best rugby of the season but they went through large periods of the game where they switched off and allowed their opponents dictate too much the direction of the play.

Port got off to a flyer when Number 8 Cian McCann crossed for the games opening score just minutes in after a quickly taken penalty inside the Birr 22. They doubled their advantage to 10-0 soon afterwards when Ger Campbell drove over after sustained pressure on the opposition line.

At this stage Port looked entirely in control of the game and were playing some fluent attacking rugby, team captain Darragh Perry was pulling the strings at 9 while up front the sheer aggression of Cian McCann and Joe McLoughlin caused problems throughout.

But old defensive frailties came back to haunt them when Birr opened their account for the day after the Port defence failed to get off the line. Birr took the lead when a poor missed tackle from Port let them through to take the lead 10-12.

Port, led in the main by a powerful scrum, were to their credit trying to find their way back into the game but a string of softly conceded penalties was not helping their cause. A third Birr try finished out the half 10-19 in favour of the away team.

Just like they had in the first Port started the second half looking much the stronger side and put together one of the tries of the season. When a big tackle forced Birr to spill the ball, Port immediately put the ball through the hands out to the left wing, recycled went back and with the defence drawn in after a big run from James Hyland it was Adam Kelly who put the finishing touches to a well worked team try.

Again, however, Birr came back at Port and two quickfire scores stretched their lead to a commanding 15-31. Port really came into the ascendancy now however and controlled play for much of the remainder of the game. They narrowed the gap after another big drive from Hyland led to try number three for the day.

The hard running of Ben Dooley, Campbell and Adrian McCann kept Port on the front foot but the clock was against them. Port did add to their tally with a late penalty try, an extreme rarity at this level, but the score drew the final whistle as Birr left victorious on a 27-31 scoreline.

The result leaves Port with two losses from two in Phase 2 of the league and they know they must up their game in remaining games versus Enniscorthy and Tullamore B if they are to challenge for a play off place.

Next up Port travel to take on Navan in Round 1 of the Cup before departing on their tri-nations tour of England, France and Wales.