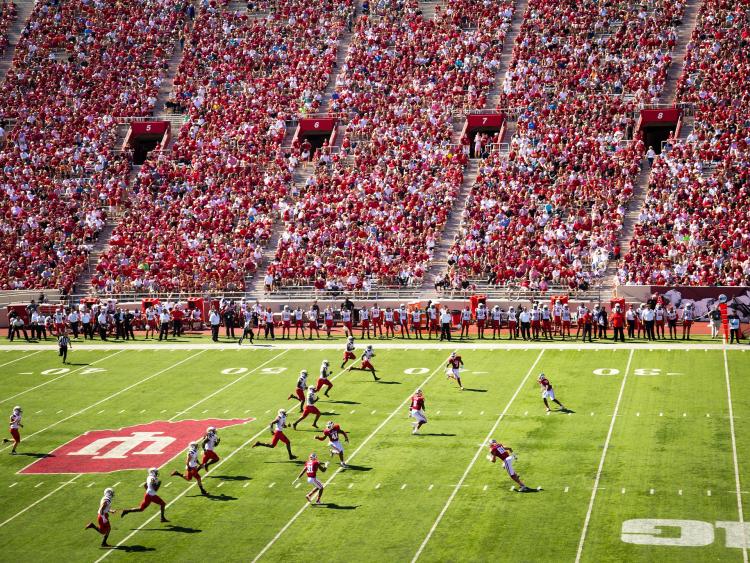 Look, we are all going to pretend to be American football experts for the next few hours, but in reality we haven't a bull's notion what's going on. Here's a thing or two to know so as not to make a show of yourself.
We all know Tom Brady is class, he's like Mayo's Ciaran McDonald in his pomp. He'll be spraying ball to corner forwards all night and we'll all heap praise in him and pretend he's doing more than simply throwing a ball.
Now, strictly speaking Gronk and the boys aren't corner forwards but if they catch ball as well as Vinny Claffey we'll all be happy enough. If you want to sound like the big shot, learning a few names would be a good start.
Shouting 'Ah Ref' every now and then is always a reliable generic go-to when there's a bit of pushing and shoving.  There's no black cards, though, but sure there's so much padding on these lads, they wouldn't feel a thump anyway.
Turning over ball is as much a mortal sin in the NFL as it is in a league game in Ballinagar. There'll be fistpumping and victory dances galore - something that wouldn't fly in Ballinagar one bit, let's be honest.
We're used to the fast-paced rough and tumble of the GAA, so the more sedate nature of the American game could jar with some of the die-hards. Prepare for a lot of stopped clocks and lads walking aimlessly around the pitch. The quarterback, for all his hype, spends most of the game in an Arsene Wenger jacket with his hands in a blanket.
There's no tries either, so don't be roaring at lads to actually touch the ball down when they cross the line. It's called a touchdown, and yet they can walk over the line and peg the ball into the crowd. There's more logic in the club championship structure, lads, but who are we to argue.
Let's be honest, we have no idea of the structure or rules as plays start and develop. The guys in the two lines that run at one another are just that to us, though we appreciate there's probably more to it. Nevertheless, we're not bothered learning at this stage so shouts of 'lace into him, lad' or 'hop off him, son' will suffice.
The half time show will get the mind racing. Imagine Marty Mone belting out a few tunes at the county final, jaysus it would be like the ploughing championships all over again. The show will be a monumental disappointment as tiredness kicks in but, you've stuck with it this far, you're adamant that you're staying till the end. So, the sooner Justin Timberlake toddles off the better.
You'll come to the realisation at some point that the kicker is absolutely robbing a living as he waltzes out to knock over a kick a Junior B full back would convert half cut on a Saturday night. Straight in front of the posts, padded up to the eyeballs, over the bar and then back to the line for a cup of tea. Some chancer!
When it's all said and done, Tom Brady will get MVP, which is man of the match, there'll be confetti everywhere and you'll hit the hay decidedly underwhelmed. 'I won't be watching that every week - good jaysus, I'll be wrecked in work now tomorrow.'