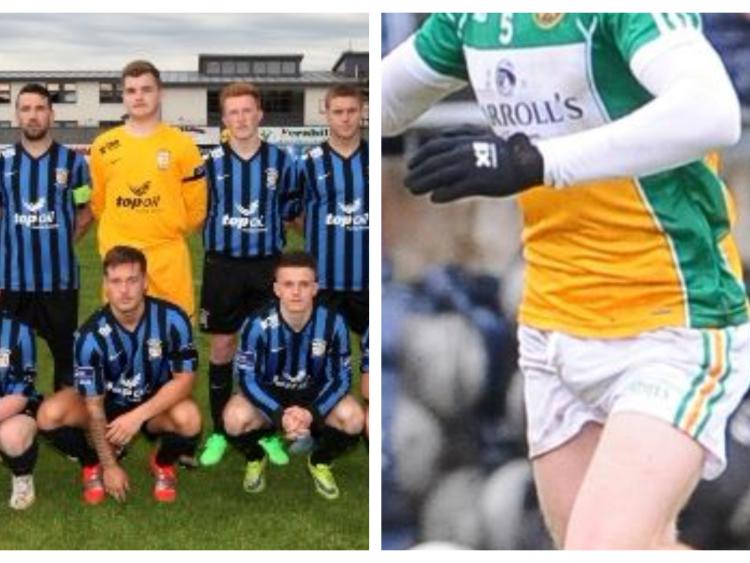 Shamrocks clubman Patrick Dunican has been named to start in goals for the Offaly senior footballers this weekend as they face Fermanagh in Division 3 of the Allianz Football League.

Patrick has recently joined the Offaly panel as a goalkeeper and this will be his first senior competitive start for the county. He is no stranger to guarding the net as he previously minded the Athlone Town goal in the League of Ireland.

The 21-year-old played for Athlone's U19s in the 2013/14 season, and played for the seniors under Roddy Collins in a summer friendly against English outfit Bradford City in that same year.

He made a number of appearance from the bench for the senior side as they won the First Division title in 2013, and was part of the panel on their return to the top flight in 2014. He made 19 appearances the following season when Athlone were once again in the First Division before moving on to Drogheda United in 2015.

He made four league appearances for the Drogs in 2016, but was then replaced by Stephen McGuinness between the posts for the Louth outfit.

Since then, he has been representing his GAA club Shamrocks as a midfielder and turned at in the half-forward line for Offaly's U21s last year, culminating in an appearance in the Leinster final loss to Dublin where he got on the scoresheet.

He has been working with new Offaly boss Stephen Wallace, his backroom team and veteran goalkeeper Alan Mulhall this year, making a number of appearances between the posts in pre-season.