The team travelled to the UK for the Watford Open 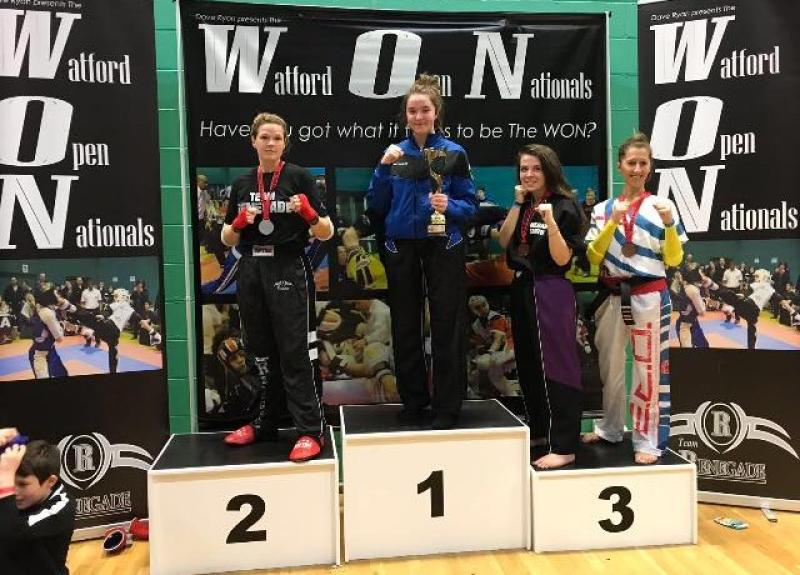 The eagerly awaited 2018 competitive season finally kicked off for Edenderry’s Team
Hurricane kickboxing club last weekend. Not wanting to do things by halves the club
attending 2 competitions, in Ireland - the New Years Open in Citywest run by Tallaght
Martial Arts and in the UK - the Watford Open run by Dave Ryan at the Stoke Mandeville
stadium.

Edenderry's Team Hurricane Kickboxing Club has enjoyed early success in 2018 after a number of successes at tournaments at home and abroad.

Always the first competitive outing of the new year on the Kickboxing Ireland (KBI) calendar it's always a good day to shake off the cobwebs of a long winter break. Team Hurricane are members of KBI which is the National Governing body for Kickboxing on the Island of Ireland and is the sole representative of WAKO World Association Of Kickboxing Organisations.

KBI are recognised by the Irish Sports Council and all fighters are registered and insured through the organisation. The day started with our Kata team led by Ailish Kelly of Carbury Martial Arts and what a start it was, 10 competitors and all placed.

Winners on the day were Louis and Rebecca, Silver for Isabella, Tara, Jamie and the boss herself Ailish, Bronze for Adam, Hollie, Megan and Luke.

Next up was a small team of fighters, Ross and Alex Keyes, Shane Farrell, Reka Cummins, Sam Cassidy and Tyler Fetherston led by Liam Kelly as coach. After a long day, Sam Cassidy was the only Gold medallist but there was also bronze from Tyler and Ross.

Another small team went to the UK on Sunday, club Sensai Jay Daniels, Nathan and Brandon Tait and Lauren and Leah Grant with coach Claire Brennan and international referee Darren Tait in support. What a day of international competition it was, top teams from Hungary, Italy, Germany and the UK to name a few took part. After a long day Lauren Grant won the senior ladies +65 Kg section with silver for Leah and Nathan in the team event, bronze medals for Jay, Nathan (2) and Brandon (2).

Next up for Team Hurricane is the Mugendo Open in Sligo on the 10/11 February with most of the team still to return to competition it looks like being a very busy weekend.