Offaly's future stars to shine at U23 National Championships this weekend

Offaly's Mark Milner among the favourites 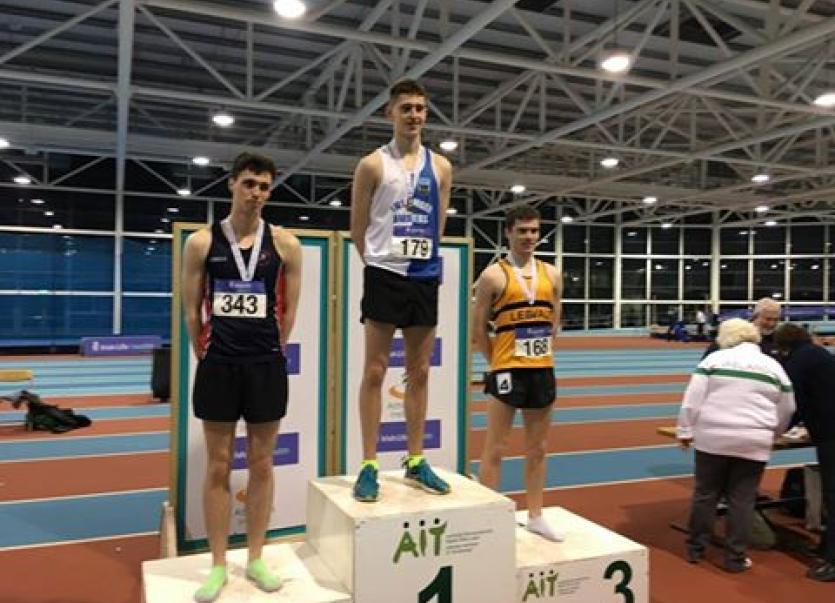 Some of Offaly young stars, including Mark Milner, will be hoping for medal glory as they take to the blue boards in Athlone for the Irish Life Health Junior and U23 Indoor Championships on Sunday, January 28.

The Championship will be the first live streamed event of 2018 and there will surely be some new faces to add to those already making their mark.

In the junior men’s 800m, Offaly's Mark Milner (Tullamore Harriers) lines up with the likes of Conor O’Driscoll (Leevale) and Cian McPhillips (Longford). Milner is the fastest on the rankings but McPhillips has been in fine form should he run as he is also entered in the 1500m where Adam Fitzpatrick (Kilkenny City Harriers) and Diarmuid McKeown (Dunleer) would be among his challengers.

The sprints ranks have been increasingly making their mark in recent years and providing a host of great races. Ciara Neville (Emerald A.C.) is the lead entrant in the junior 60m.

Rhasidat Adeleke (Tallaght A.C.) has been causing a stir the last 12 months with her fantastic performances and she will bid to win the junior women’s 200m gold ahead of multi-event star Katherine O'Connor (Dundalk St. Gerards A.C.) who set an Irish pentathlon record last week.

Michaela Walsh (Swinford) moves up an age to the U23 after a wonderful summer where she won European U20 bronze in the hammer last summer. She has been superlative the last few years and is the outstanding favourite in the U23 women’s shot put.