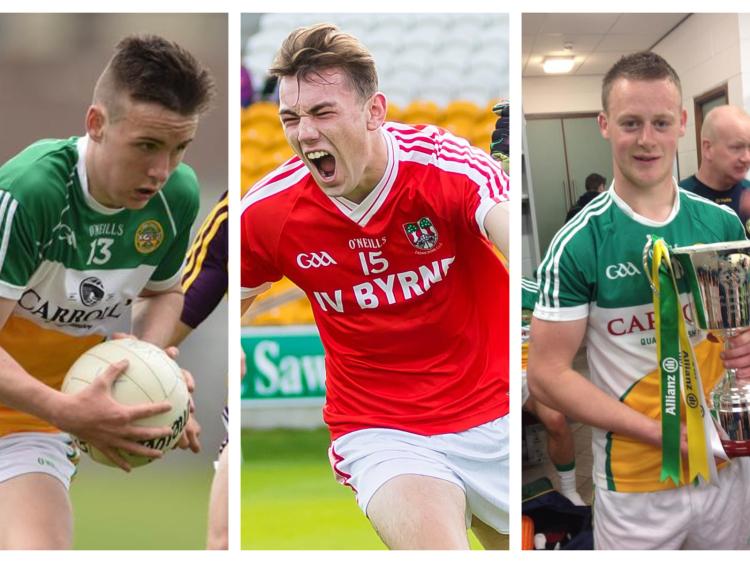 The Offaly footballers to watch out for in 2018

The outlook for most Offaly football fans has been buoyed in recent weeks during the O'Byrne Cup, but as the manager said himself after solid performances against Wexford and Dublin, "it's only the O'Byrne Cup."

It's hard not to get carried away, but no prizes of any repute are handed out in January, and Offaly's future hinges on their position in the Allianz League structure, and their progress in the Leinster Championship.

Having survived by the skin of our teeth in Division 3 last year, new boss Stephen Wallace has a good base to work from with a string of young talent coming through from U21 and minor level. That bedding-in process takes time but it seems like his philosophy on how the game should be played has hit home and the lads have hit the ground running.

Consolidation in Division 3, now packed with Ulster teams, would be a good start for Wallace, given the brand of open football he wants to employ with largely inexperienced players. A promotion would be extraordinary, and although we just avoided the drop last year, relegation this season would heap pressure on the Ardfert man early in his tenure.

The Offaly footballers will get their 2018 Division 3 campaign underway on home soil at Bord na Móna O'Connor Park in Tullamore on Sunday, January 28, when Midland rivals Longford come to town.

We have had a look at the individuals involved for Offaly in the early games of Wallace's term at the helm, and these are the players we'll be watching with interest over the next 12 months - players with big futures in the county colours.

Cian was a surprise addition to the recent O'Byrne Cup squad having been a minor star last season. Still a teenager, the Leaving Cert student settled in well to the senior ranks scoring 1-3 against Wexford and 0-6 against Dublin in the pre-season competition. He scored 2-8 last week for a combined Offaly Schools selection against a combined Louth Schools selection in the Top Oil Bro. Bosco Cup. Offaly manager Stephen Wallace has previously told the Offaly Express that he has to "mind Cian Johnson" because of his tender years. However, in the absence of the scoring prowess of the retired Niall McNamee, Johnson will no doubt see league and possibly championship action in 2018. He has pace, vision, confidence and an uncanny eye for the posts. It would be remiss of Wallace to leave him out based on his age given his undoubted ability. He's one of the best up-and-coming forwards in the country, nevermind the county. He is a long-term prospect for sure, but one that could be making headlines for Offaly far sooner than many expected.

Peter is still a young player despite being around for a few years now, and is probably one of the county's most naturally gifted footballers. He will hopefully return to action in the early stages of the league having recovered from a long-term groin injury. He'll no doubt be waited with in terms of serious minutes as he eases back into action, but he certainly adds a dynamism to the team that will fit well with Stephen Wallace's 'Kerry' brand of football. He wants players who are direct in possession, can pick a pass and finish an attack from all areas of the pitch. It's hard to know where Peter Cunningham should play, and while he was predominantly used in the half-back line for Pat Flanagan, he could certainly do a job at midfield or in the half-forward line. At club level, he just missed out on a Leinster Junior title in 2016, and is a key man for Bracknagh, an improving yet small club. When he's fully recovered from injury, Peter Cunningham should cement his place as a regular on Stephen Wallace's team sheet.

As imposing, hard-running half-forwards go, few clubs in the county are producing better ones than Edenderry. Jordan was an Offaly U21 star last season as that team went all the way to a Leinster final where they lost out to Dublin, and he has immediately made the jump to senior as Wallace invests in youth. He is also a product of St. Mary's Secondary School in Edenderry, a Hogan Cup winning school that has seen some incredible talent pass through its doors, including Niall McNamee and the Darby brothers, as well as Kildare players Daniel Flynn, Paul Cribbin and Sean Hurley. Jordan Hayes popped up with important scores in the O'Byrne Cup and despite being in his early twenties, has the physical presence to impose himself on games from the half-forward line. He can win his own ball, is comfortable going forward at pace, scores and has the presence of mind to see others in space - all attributes championed in Stephen Wallace's playing philosophy. He'll get plenty of game time and will improve further for his first year at senior level.

Others who are certainly worth watching are Cian Donohue from the St. Brigid's club, who already proved himself to be a hardy defender last year, St. Rynagh's Joey O'Connor who can develop into a good county forward under Wallace, and James Lalor, who is as good a fullback to emerge for Offaly in many years. The Raheen man balanced U21 and senior last year, seeing plenty of action under Pat Flanagan. Sean Doyle is another Edenderry forward in his early twenties who perhaps should have seen more game time under Flanagan. He can offer a burst of pace at corner-forward and is also big and bold enough to win and break plenty of ball if required for the likes of Cian Johnson and Bernard Allen.