We have a winner in our Offaly Sports Star of the Year vote! 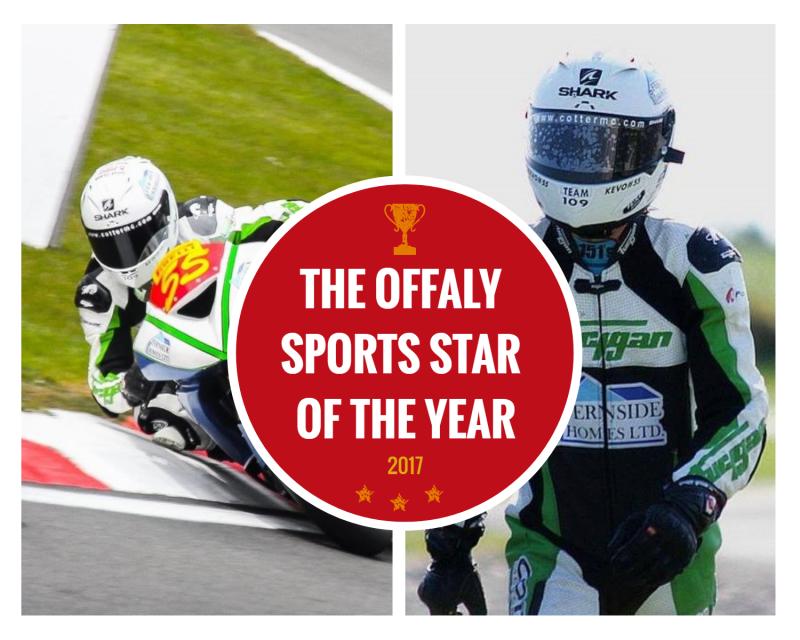 We have a winner in our Offaly Sports Star of the Year vote!

Edenderry motorcycle racer Kevin Keyes has cruised to victory in the Offaly Express/Guy Clothing Offaly Sports Star of the Year vote for 2017.

Kevin came through as our September winner last year, and from Day 1 of this final, he raced into the lead. No other competitor got close enough to challenge as the Edenderry racer collected a staggering 51% of the overall vote.

He had 32% to spare over second-placed Nadine Donegan who picked up an impressive 19%. Enda Bagnall rounded out the top 3 with 8% of the vote for Eden Tri Club.

Keyes, who has been a noted champion from a very young age, had been nominated in September after impressing on the superbike circuit, culminating in a number of podium finishes at Mondello Park in the Supersport 600s.

In August, Kevin raced at Cadwell Park in the Uk just two days after the passing of his grandfather at home in Ireland. He raced in honour of his grandfather who was incredibly proud, and he put in a huge performance in all sessions, finishing a respectable 14th on race day.

After that race, Kevin said: "It was a very tough weekend with the circumstances at home, but we had a good race lying 12th with the pace to run in the group and push on."

As our winner, Kevin will now receive a second specially commissioned trophy sponsored by Guy Clothing and a voucher for clothing at one of their stores in Tullamore.