It was a big win for the men in maroon 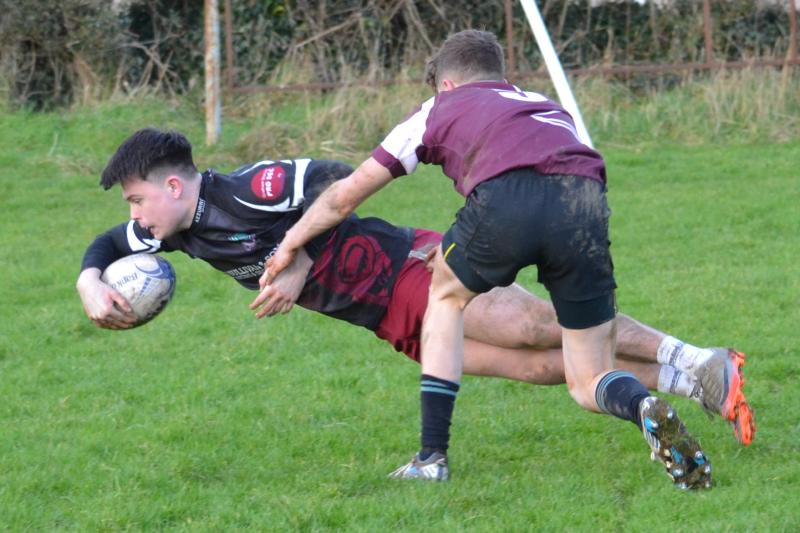 It’s the new year and that means a fresh start for the teams competing in the Leinster u18s Leagues as we hit the business end of the rugby season and phase two of the league that will decide which teams head to Donnybrook for league finals day in April.

And on the evidence of last Saturday’s match, Portarlington’s u18s will feel confident that they can push for honours this term.
The Rebels won the toss and elected to play with the assistance of a significant wind in the first half as they hoped that this advantage would allow them to build momentum.

However, straight from the kick off Port’s number eight Kyle Ryan set the tone with an aggressive chase and tackle allowing prop Cian Farrell to turnover possession for the home side. The ball was then moved wide to winder Adam Kirwan who cut infield and presented well for stand in scrum half Séan Mooney who drew the last defender before releasing Andrew Evans who finished off this slick move to open the scoring after just one minute. 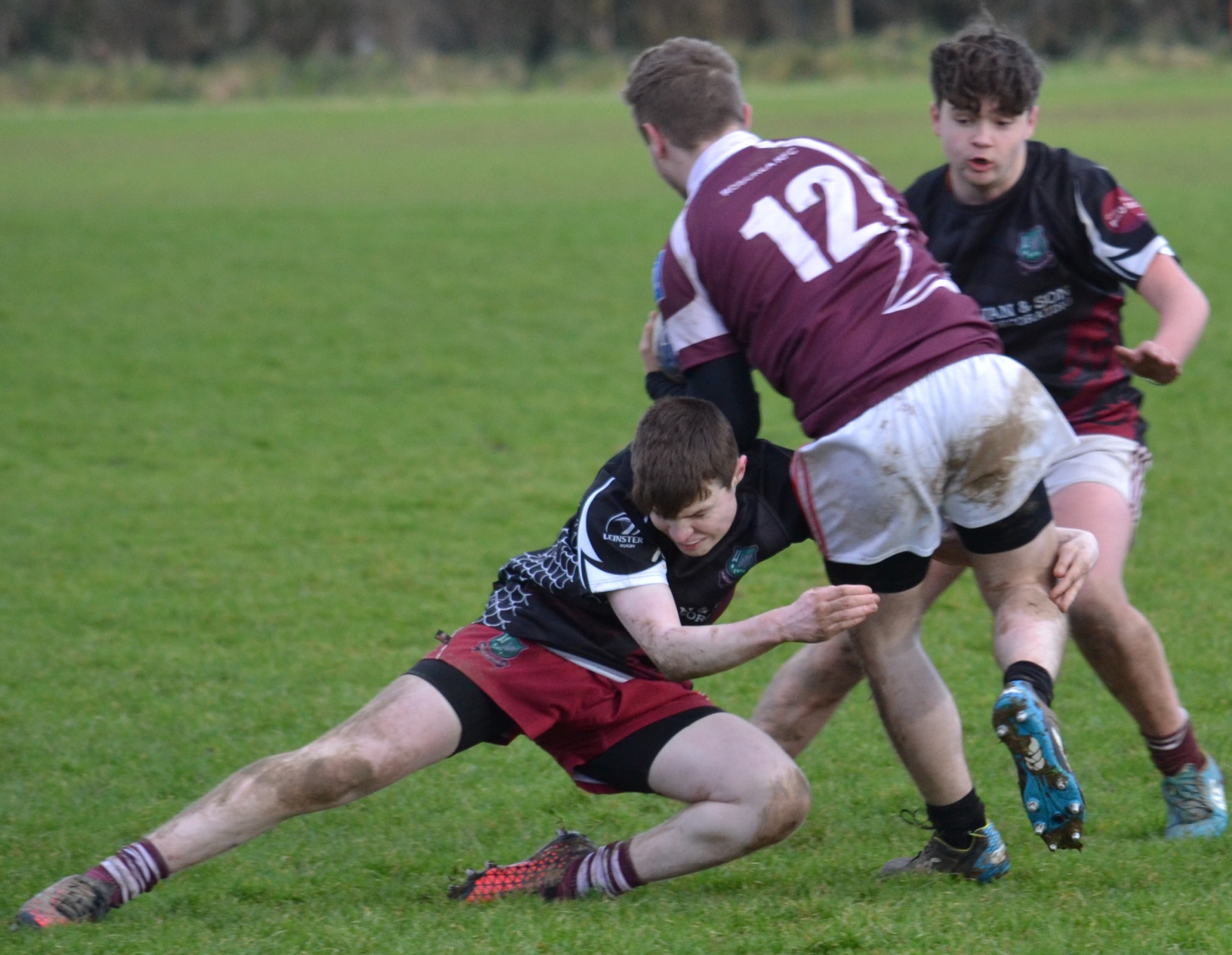 PICTURED: Action from the clash between Portarlington and the Roscrea and Birr Rebels

Port continued to pile pressure on the visitors and when hooker David Egan stole a Rebels scrum after six minutes Mooney picked and finished in the unprotected corner. Port then lost Adam Kirwan to injury and the game hit a quiet period as both teams struggled to put any meaningful phases together until the twenty third minute when Port stretched their lead.

Off an attacking scrum, out half Andrew Evans worked a loop with inside centre Reece Cuddihy before feeding Dylan Murphy who cut a great inside line to score. Shortly after Cuddihy made a powerful break from inside his own half and drew the last defender before releasing winger James Bryan who finished out wide and at half time Port led 20-0.

The Rebels needed to score first in the second half to get back into this game but it was their hosts who had the ideal start again. Kyle Ryan made a break deep into the visitor’s twenty two and although he was tackled he found Mooney who had made a good support run and the scrum half drew a cover tackle before releasing Tadgh Tully with another pop pass and Tully finished under the posts. Evans added the extras and the lead was out to 27-0.

To their credit the Rebels never let their heads drop and their resilience was rewarded after forty two minutes when they finally got on the score board with a length of the field breakaway try. The visitors then showed some grit to contain their hosts despite some string ball carrying from Aaran Maher, Lee Cuddihy, Jack Whelan and Eoin Maher.

However, that resistance didn’t last long as powerful break from Port’s Conor Noone-Sharpe allowed his side to put the ball through hands to find Kyle Ryan who dived to finish in the corner. Port then scored again on fifty six minutes when David Egan pounced on a loose ball in the Rebels twenty two and Reece Cuddihy arrived in support, picked himself and finished powerfully. 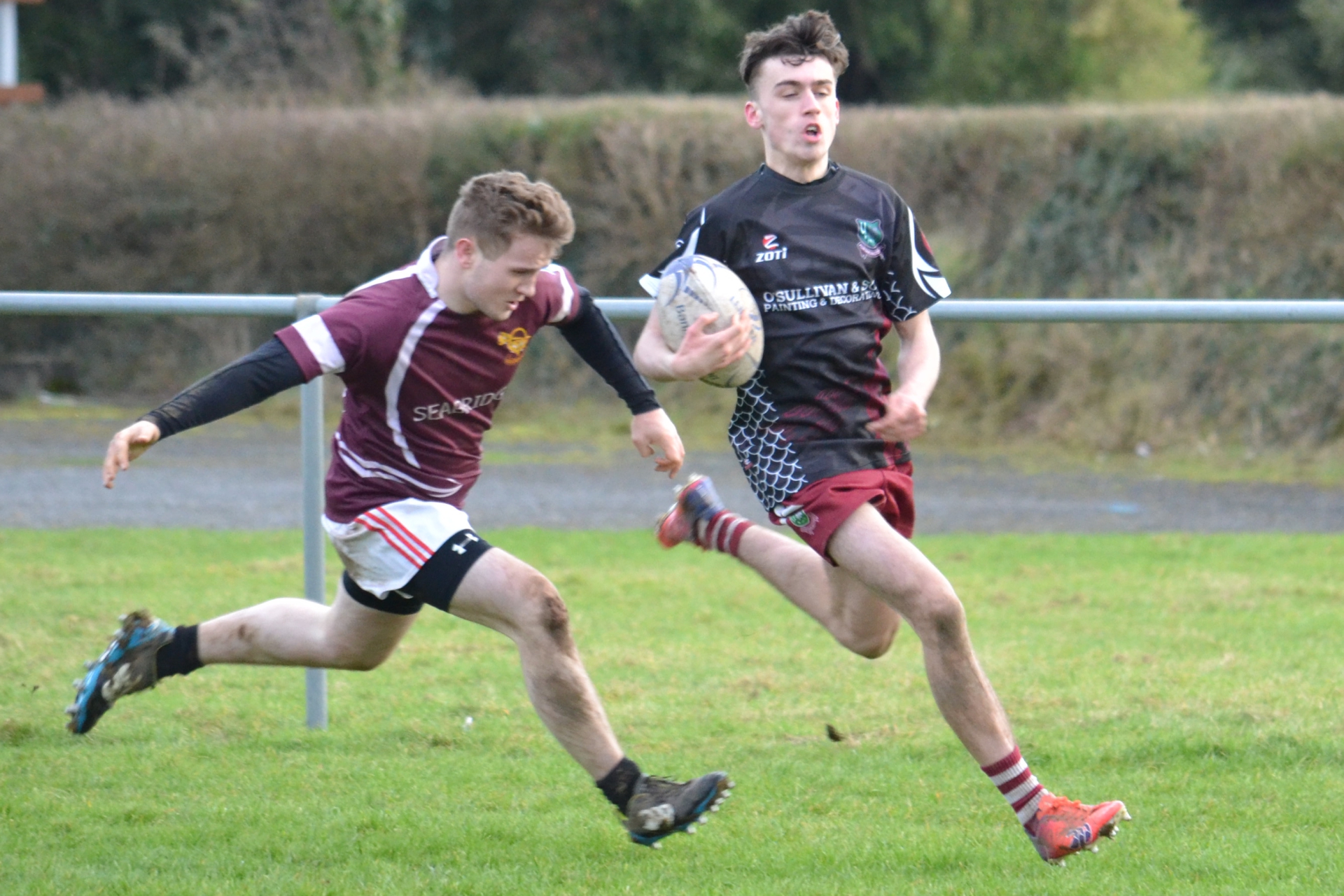 PICTURED: Action from the clash between Portarlington and the Roscrea and Birr Rebels

The rebels then found themselves under their own posts again four minutes later when Port went through multiple phases before putting the ball through hands and it was Ryan who again finished the move off. The games last score then came on sixty three minutes when Tadgh Tully who was celebrating his eighteenth birthday used his pace to break away from the Rebels defence and finish under the posts. Evans again converted and the final score was 51-7.

Next up for Port is a home fixture against Newbridge RFC who came out on top in a close contest between the two sides earlier in the season. Coaches Barry Lambkin, Fran Molloy and Pádraig Mahon will hope that the progress made by their charges since then will allow them to reverse that result. And with new players Adam Kirwan, Stephen Carroll and Jack Whelan showing significant development it could well be those additions to the squad that make the difference.