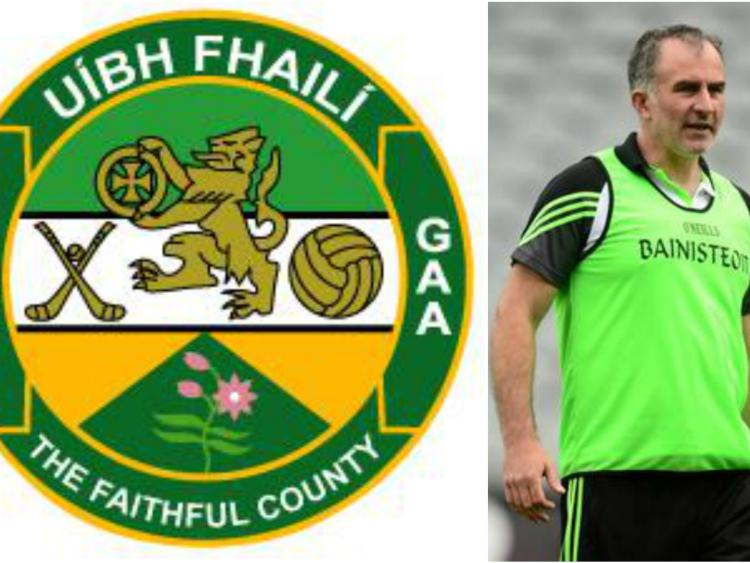 Wallace has drafted in his fellow county man for his "wealth of experience," which included an All-Ireland win with Kerry in 2014. He was also between the posts for two final defeats to Dublin in 2011 and 2015.

Stephen Wallace is developing a number of goalkeepers alongside stalwart Alan Mulhall who he says has "a new pep in his step working with Brendan." The potential heirs include Paddy Dunican, a former outfield player, and Barry Rohan who has impressed at U21 level.

"Brendan is only in his early thirties, he only retired last year, and having known him for a long time, I know the experience he can bring and the knowledge he can add to our work here," Wallace told the Offaly Express.

"It is great for the goalkeepers to work with a guy who has been there and won and All-Ireland," he added.

Wallace has a further Kerry tint to his backroom team with Billy Sheehan, a former Laois player and Kerry native who Wallace grew up with.

"He has been around, coach with Cork, and is hugely passionate about GAA," Stephen remarked. "He's a good guy to have around and adds huge character and football knowledge to the setup."

Wallace has also drafted in Dublin native Dominic Mulligan as his strength and conditioning coach. "Dominic is an up-and-coming guy on the scene, and having worked with the likes of the Glasgow Warriors in recent years, we're lucky to have him," Wallace explained.

The local arm of his coaching staff is Paul Mollen, a former Leinster Club Championship winning player with Ferbane in the 1980s. Mollen has been around the set-up before, having been a selector during Emmet McDonnell's time in charge of the Faithful.

"Paul has been around the scene, knows Offaly football inside-out and is passionate about it," Stephen said.

Wallace has been impressed with the attitude of his players since taking the role as Offaly boss earlier this year, and says although only having a small panel, "the guys that are there are eager, 100% committed, and truly want to wear that Offaly jersey."

"We had a good work-out against Roscommon in a challenge match last week and a lot of young lads got a chance and are putting their hand up for selection," he added.

He's also praised the attitude of his new captain, Rhode's Anton Sullivan who was the joint captain of Rhode's record-breaking Dowling Cup winning team in October.

"Anton Sullivan on his day is as good as any player in the country, but it's about getting that consistency into his game," he said.

"His was a name even I was familiar with when I was in Kerry, and I have to say he's applied himself very well. He's embracing it - he's a great talker, and I think a lot of the younger lads look up to him," Stephen continued.

Offaly are now in full preparation mode for their first O'Byrne Cup clash against Wexford on December 30, and Stephen Wallace has said he will use the pre-season tournament to get a look at younger players once more.

"Every guy will get a chance and we're just looking forward to getting up and running," he said. That first game will also be Stephen's first in charge at O'Connor Park, where he hopes to attract big home crowds in the coming months and years.

"We're also looking forward to getting out and pitting ourselves against the All-Ireland champions in the second game under lights at Parnell Park," he concluded.

Offaly's first competitive game will come next summer when they play Wicklow in the Leinster Senior Football Championship with Dublin again awaiting the winners.