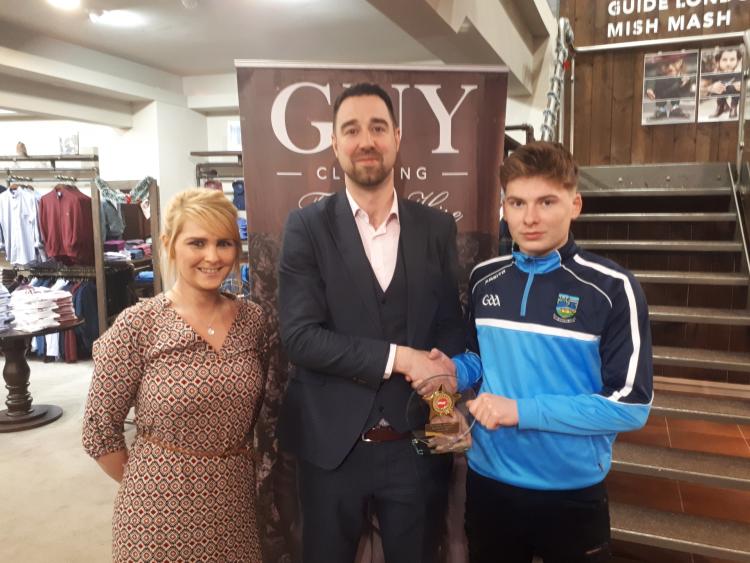 Erin Rovers star and Offaly U21 footballer Conor Lynam has been presented with his award after running away with the Offaly Express/Guy Clothing Sports Star of the Month award for November.

From the first moment the voting opened, Conor hit the front and never looked like being caught, eventually winning with a 40% share of the vote.

Conor scored three goals in Erin Rovers Leinster semi-final win as they became the bolters on the Offaly football scene for 2017.

He will also go forward as the November winner for the ultimate Sports Star of the Year awards in early January, sponsored by Guy Clothing.

Shane Lowry finished second in the November poll with 20% of the vote after his heroics to finish second at the DP World Tour event in Dubai, while the 'Killer,' Kilcormac-Killoughey defender Killian Leonard was third on 18%.