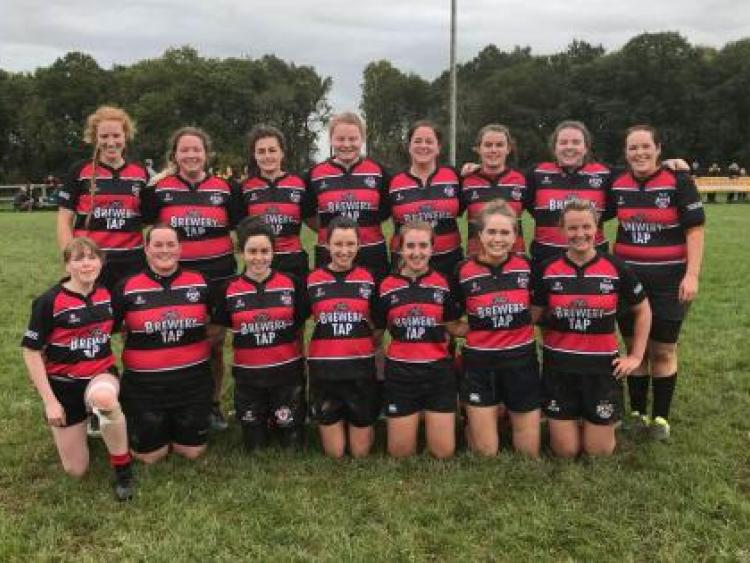 Tullamore Ladies 2nds faced their toughest encounter of the year so far last Sunday in a top of the table clash with Tallaght. Tullamore started brightly and had lots of possession in the early exchanges but the Tallaght defence was well organised and solid, gaps were harder to find than against previous teams.

After a lot of sustained pressure the penalty count against Tallaght went up quite quickly and from a couple of short bursts close to the Tallaght line Patrice Browne had made her way over.

However, directly from the restart Tullamore failed to clear their lines and after a couple of penalties had been conceded by the home side Patrice was sent to the sin bin. From the next play the Tallaght scrum half got over from close range and converted to lead 7-5. this was the Tullamore girls first time to be behind in a game this season.

Tullamore regrouped at halftime and started to kick intelligently and got good field position early in the half and after stealing a lineout Tullamore went through 5 or 6 good phases of possession and the ball was spread wide for Alma Egan to score for a great team try.

Confidence was now up and a few minutes later a loose kick to full back Katrina McInerney saw her gather and race past the defence from 40 metres out to now give Tullamore a 19-7 lead.

Great tackling from the Tullamore ladies ensured the rest of the half passed without any danger to their line. It finished 19-7 and its now 4 out of 4 for this group of girls. Final game before the Christmas break is next weekend away to Dundalk.