Offaly boxer adds another gold medal to her collection 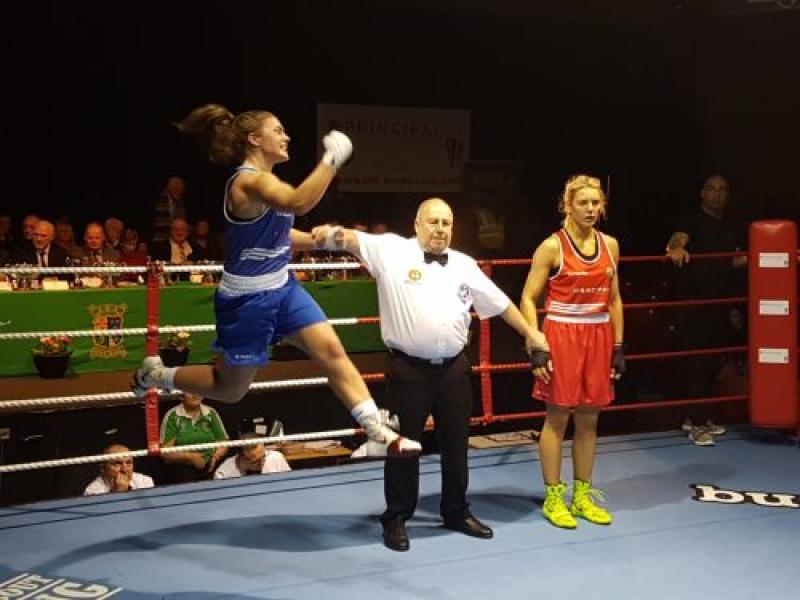 With talk of an impending eruption of Mount Teide volcano in Tenerife, Offaly boxer Grainne Walsh exploded onto the international scene yet again with another medal victory on the popular holiday island.

Grainne managed to evade the impressive jab of Rosie Eccles, herself the current European silver medallist, to record another stunning win in 2017.

Walsh picked up the Offaly Express Sports Star of the Month award in August after winning bronze at the European Union Elite Boxing Championships.

She managed to roll together enough powerful combinations to earn a split decision over Eccles in a performance she described as "not her best."

She thanked her coaches, family and supporters and exclaimed that 2018 is "going to be a big year."