Pauline Curley hits the podium at the Dublin Marathon 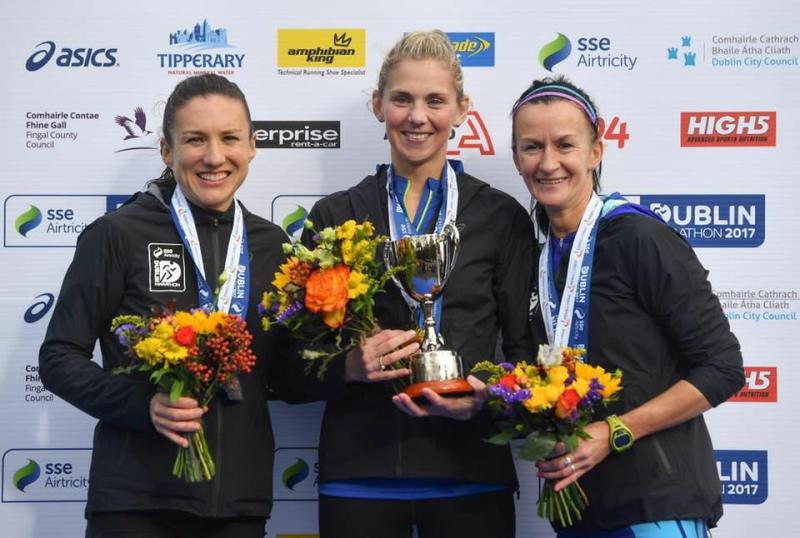 Former Olympian and Tullamore Harriers athlete Pauline Curley made history over the Bank Holiday Weekend as she stepped onto the podium at the Dublin marathon for the 11th time.

Pauline was the third placed Irish woman in the race behind the winner Laura Graham and second placed Catriona Jennings. Pauline ran the grueling 26 miles in a time of 2.50.53.

The Offaly woman made her marathon debut in the National marathon of 2005 and since then has competed in 12 of the 13 Athletics Ireland Championships, all held as part of the Dublin City Marathon.

The only year she missed in that time was 2008 when she was solely focused on competing in the 2008 Beijing Olympics).