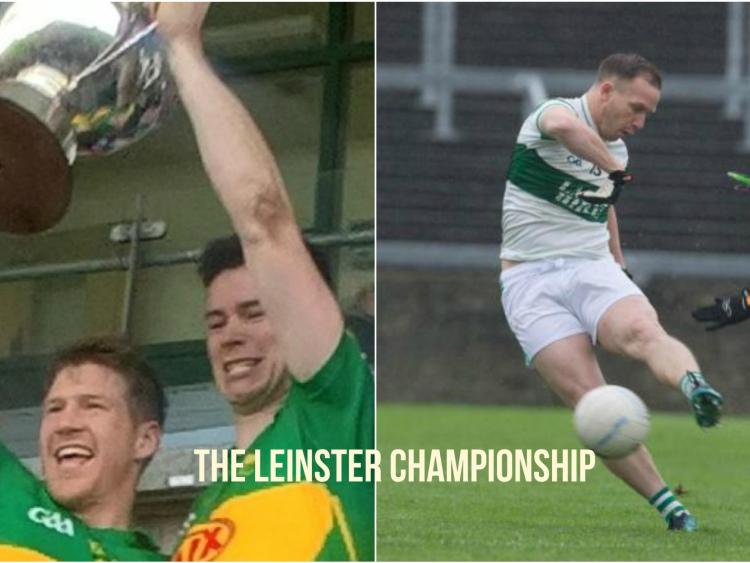 PREVIEW: Rhode have the artillery to down Portlaoise Photo Credits: Rhode GAA/Alf Harvey

Rhode made little fuss of the Offaly Senior Football Championship in 2017, coming through the round robin phase unbeaten, before disposing of Gracefield in the semi-final and Clara in the final.

Portlaoise enjoyed a similar time of things in Laois, easily accounting for the likes of Arles Kilcruise, O'Dempsey's and Graiguecullen. They blew away the young pretenders that are Ballylinan in the county decider on a scoreline of 3-13 to 0-10 to set up this tie.

Rhode and Portlaoise meet in the Leinster Senior Club Football Championship at Bord na Mona O'Connor Park at 2.30pm this Sunday, October 29, with the bookies pricing Portlaoise up as the 4/7 favourites. Rhode are currently trading at 7/4.

Rhode took seven wins from seven in the round robin phase. The village had nine points to spare over Clara at that stage, putting 2-18 past them on that occasion. Their 0-12 to 0-09 win over the same opponents in the decider means they scored 2-30 in two games against the apparent second best team in Offaly.

During this year's championship, one thing more than most has been notable about Rhode's performances - their defence. They've had by far the tightest defence so far, conceding an average of just 12 points per game.

The truth of the matter is that they will need all that defensive steel to keep out the free-scoring Portlaoise. Paul Cahillane was one of the top scorers in the Laois championship, hitting 32 points, 18 of those coming from open play.

Portlaoise scored 12-67 in five games in the Laois Championship, an average of 20.6 overall points per game. They also net an average of 2.4 goals per game. These figures are in some way skewed by the 5-14 tally they racked up in one game against O'Dempsey's but it shows them to be a formidable attacking proposition.

It's a fairly widely held opinion that Rhode sauntered to their victories in third gear and could have put up bigger scores against some of the teams in Offaly. Rhode were run close on a couple of occasions, however, including against Ferbane and Cappincur, and will have to be better than that to break down Portlaoise.

The Laois kingpins also boast a good defence, and during the county campaign, they twice went a full half of football without conceding a score from play, including in the second half of the final against Ballylinan. Rhode may have to improve their average of 16 points per game to overcome that obstacle.

Rhode are a polished team, a very close-knit group that know each other well, are organised, and most importantly, know how to win even in close encounters. With the likes of Super and Niall McNamee, their younger namesakes Ruairi and Conor, the Darby lads, the Kavanaghs and Sullivans, the men in green and gold cut a formidable figure. Those names suggest scoring ability, from all areas, not least from Niall McNamee's corner. The former county star scored 0-9 in the final and can still give any corner back in the country nightmares.

Like Rhode, Portlaoise have a lot of young talent, and in terms of personnel, they have more in the locker to bring on late in the day. However, Rhode, although a small village, continue to perform, and as last year's beaten Leinster finalists, they are respected. They have appeared in five Leinster finals in the last 11 years, coming agonisingly close to the title they covet so much.

The key to their threat is that hunger that hasn't waned over all those years, and perhaps has actually strengthened. With the likes of Anton Sullivan and Jake Kavanagh, who missed the latter stages of last year, back from army duty, there is a sense that this team have unfinished business.

The chances are running out for some of their players, and that sentiment is not lost on the rest of the group.

Verdict: Rhode to edge it