Sunday is D-Day in the Offaly Senior Football Championship 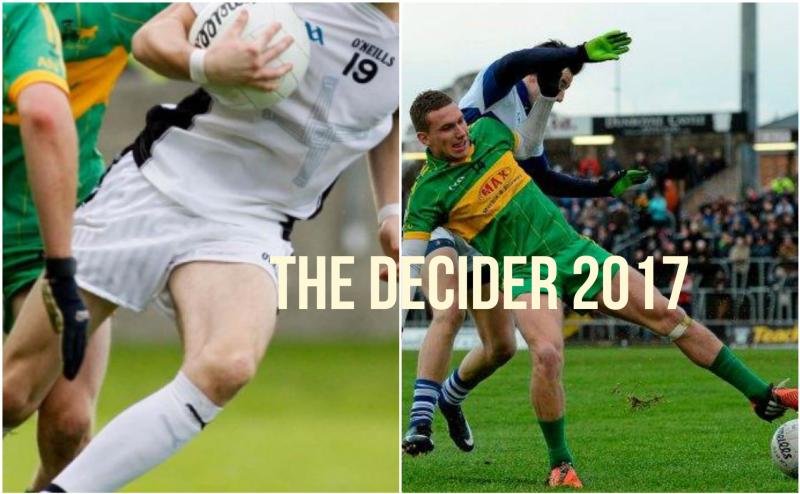 The Offaly Senior Football Championship will reach its conclusion on Sunday with newly ratified county manager Stephen Wallace looking on from the stands as kingpins Rhode take on Clara.

Before that, the Minor decider will take place between Edenderry and Ferbane/Belmont.

Rhode have cruised into the final with an unblemished championship record to date, taking seven wins from seven in the round robin phase, and then easily accounting for the challenge of Gracefield in the semi-final.

Clara have certainly taken a more robust route to final day, losing three times in the round robin phase, including to Ferbane, Tullamore and Sunday's opponents Rhode.

The village had nine points to spare over the men in white in July, winning out on a scoreline of 2-18 to 0-15 in O'Connor Park.

During this year's championship, one thing more than most has been notable about Rhode's performances - their defence. They've had by far the tightest defence so far, conceding an average of just 12 points per game.

Clara had a similar defensive record but scores weren't as plentiful or easily come by for them. It's a fairly open opinion that Rhode sauntered to their victories in third gear and could have put up bigger scores against some of the teams.

Clara have had tougher games, beating Edenderry by two points in their opener, seeing off Gracefield by just a single goal, and losing those three games. The only time they really cut loose was a huge 16-point win over St. Rynagh's on September 1, a team that has since been relegated from Senior A level.

Rhode were run close on a couple of occasions, including against Ferbane and Cappincur, but their winning habit is undeniable.

Clara are a gritty team that will be tough to beat, and apart from that early heavy defeat to Rhode, they were competitive. Edenderry would be seen as a fairly capable team on the scoring front and Clara reduced them to just 13 points in their opening encounter, and just nine in the quarter-final.

Rhode on the other hand are a polished team, a very close-knit group that know each other well, are organised, and most importantly, know how to win even in close encounters.

With the likes of Super and Niall McNamee, their younger namesakes Ruairi and Conor, the Darby lads, the Kavanaghs and Sullivans, the men in green and gold cut a formidable figure.

Their organisation at the back will stifle Clara, who will need goals to win, while the Rhode forward line is more dynamic than ever, with Niall McNamee playing a smaller role than ever before, and more players chipping in with scores.

Verdict: Rhode will have too much for Clara. Rhode to win by five or six points

Two really promising teams will go to war on Sunday having basically steamrolled the opposition in this year's Minor Football Championship.

Ferbane/Belmont reached the final with three wins from four in the round robin phase, a quarter final win over St. Vincent's and a semi-final triumph over St. Manchan Gaels.

Their one defeat came against Edenderry, who beat them by two points in Edenderry in July, on their way to a 100% round robin stage. The Reds then had eight points to spare over Ballinamere/Durrow in a 5-6 to 1-10 victory on October 4.

Edenderry have scored 18 goals in just five championship matches to date this year, and they look a dangerous proposition and perhaps the next real golden generation from the town since the since of six or seven years ago. Ferbane have raised 11 green flags in six matches, a pretty decent record in itself if viewed independently of Edenderry.

Despite practically brushing aside everyone else, Edenderry and Ferbane/Belmont seem very well matched given that close run game in July's round robin stage. Edenderry won 1-16 to 1-14 that day, and it was clear that day that both teams would be in the reckoning come October.

Ferbane's underage set-up is starting to churn out talent, with Cian Johnson perhaps the most exciting teenager in the county at the moment.

This game could well turn out to be closer and more exciting than the senior decider, but it seems Edenderry have the numbers and the strength in depth to collect their first minor title since 2007. Ferbane may have had the tighter defence in the championship so far, but Edenderry score for fun and if they get their conveyor belt of goals going, they'll be extremely difficult to stop.

Verdict: Edenderry to win a classic minor final by three or four points