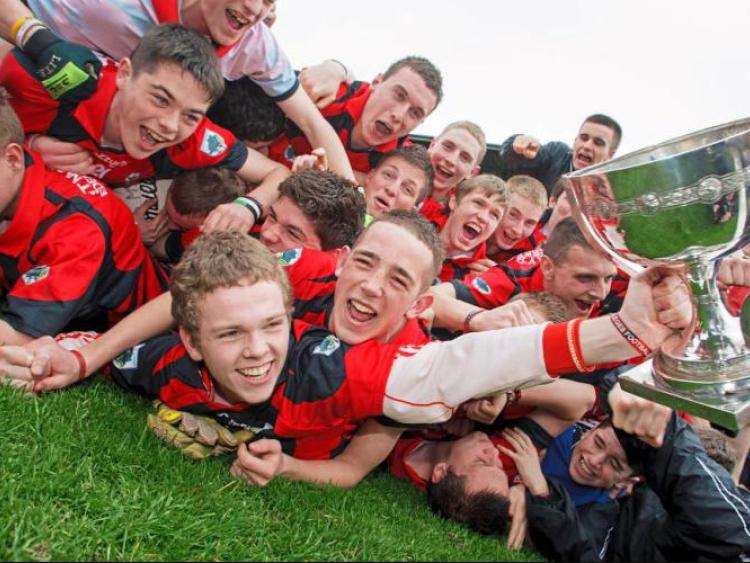 The championships takes on a new format this year, ditching the straight knockout competition of previous years. In addition to the 18 teams in six opening round groups there are also five combined schools teams representing Drogheda Schools, Dundalk Schools, Louth Schools, Offaly Schools and Wicklow Schools who will play off to reach the quarter finals.

St. Mary's have been drawn alongside Good Counsel of Wexford, a team Edenderry know well having lost to them in the 2015 Leinster decider. Naas CBS complete the trio in Group D for the new round robin phase.

Defending champions St Peter’s of Wexford have been drawn in a tough group with St Benildus College of Dublin, and also Athlone Community College.

The draw was made on Tuesday at Croke Park by Kildare footballer Daniel Flynn who is a former Leinster and All-Ireland winner with St. Mary's, and he proudly wore the school's colours at GAA HQ.

Leinster GAA Chairman Jim Bolger said: “This Top Oil Senior A Cup has a long and proud tradition in Leinster GAA. By expanding its format to provide more games at a high-level of competition we believe it can be a crucial tool in the work we are doing to raise standards across the Province."

The opening games are due to take place the week of November 15. These are the full groups as per Tuesday's draw for the group stage: