The story of a priest, a bottle of brandy and that Seamus Darby goal in 1982

The most famous GAA goal ever scored 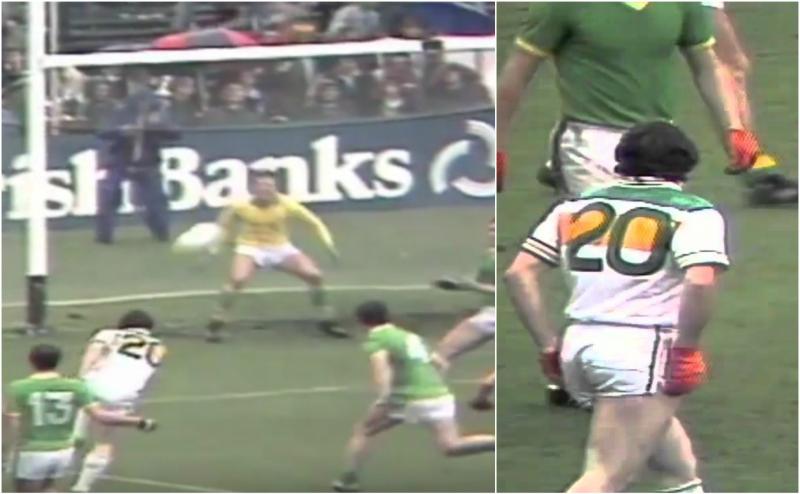 This weekend sees Dublin face Mayo in the All-Ireland football final of 2017, but exactly 35 years ago in 1982, Offaly played and won one of the most famous finals of all-time.

It is famous for the fact that the Kerry side of the day, one of the finest ever seen, were thwarted in their march for five-in-row by the Faithful County, namely the left boot of an ageing Rhode forward, Seamus Darby.

VIDEO: That famous goal rockets to the net in Croke Park in 1982

The late Kevin Farrell was not only a journalist, but also the brother-in-law of Seamus Darby, and in his memoir, 'It's All New To Me,' printed in 2011, the year before Kevin's death, he told a GAA story that captured the time and the prelude to that truly famous goal to perfection.

Seamus Darby was routinely hit with claims that he was "over the top," "too heavy," and even "too pudgy" to get that county call up once more in 1982, but Kevin Farrell was adamant that he was still the most dangerous forward he'd seen in recent times.

Kevin Farrell, like most of the population, couldn't see this prophecy coming to fruition. Kerry were flying, the finest generation of footballers from the finest gaelic football stronghold ever seen. They were unstoppable, unflappable, unbeatable - or so the experts said.

Offaly were that ageing animal, a weakened force on the face of it, with a lot of the personnel from the 71' and 72' winning teams still around the set-up. Long before team psychologists and life coaches we have today, Kevin Farrell says Eugene McGee was a psychological master.

Seamus' wife answered the phone and laughed off the suggestion, asking Kevin if he had "gone mad." Seamus Darby was at a players' meeting in Tullamore as the Offaly team put the final touches to their final day preparations. "Sure if he was seen out tonight, he's be shot," Seamus' wife said.

Seamus was said to be "psyched up" after the players' meeting and remarked to Kevin, "By Jaysus if a Kerryman stood in front of me now I'd go through that f**king wall to get him." "That was before he got any brandy," Kevin wrote.

Without hesitation, Fr McWey responded, "I know that Seamus, but you'll be brought in, and you'll score a goal. Goodnight now." This tale is one often disputed, but it's true to say that this so-called prophecy was talked about between masses on All-Ireland Sunday, hours before throw-in at Croke Park. 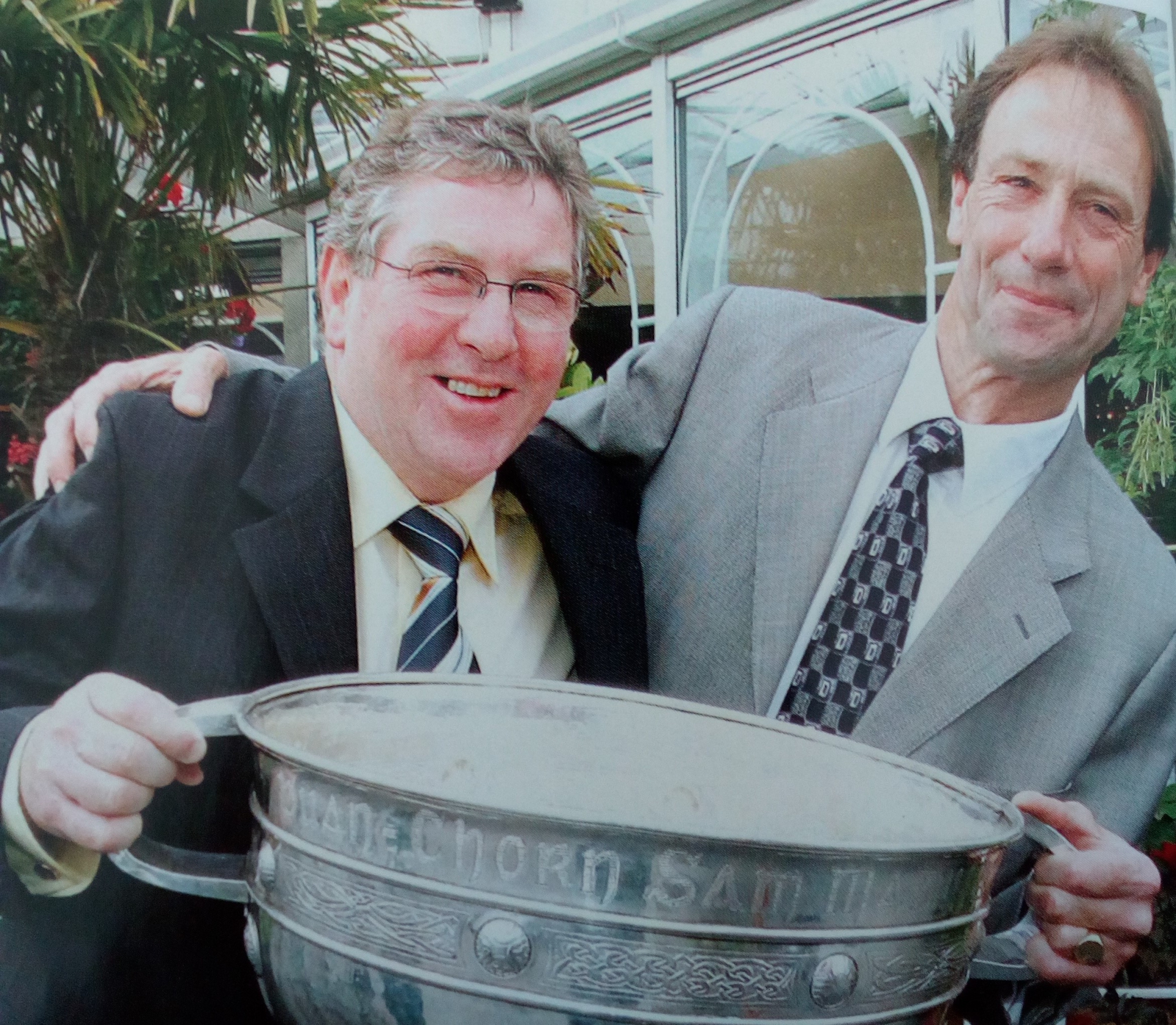 PICTURED: A photo of Seamus Darby and Kerry's Tommy Doyle featured in Kevin Farrell's, 'It's All News to Me.'

As we all know now, the ball came down behind Doyle, into the arms of Seamus Darby, who turned instinctively and swung his left-footed shot toward goal. It rasped into the roof of the net. The only goal of the game, his only kick of the game, Fr McWey's words the night before, the brandy and the chat, had all combined to their job. "The holy man had struck again," Kevin Farrell wrote.

Offaly won and we've not had a footballing moment to rival that goal in the three and a half decades since. Whether it was the brandy, the lucky priest or the sheer will to win, Offaly sang that night and raised a glass or two in the name of Seamus Darby, the man plucked from a club game just four months earlier and written into GAA folklore forever.