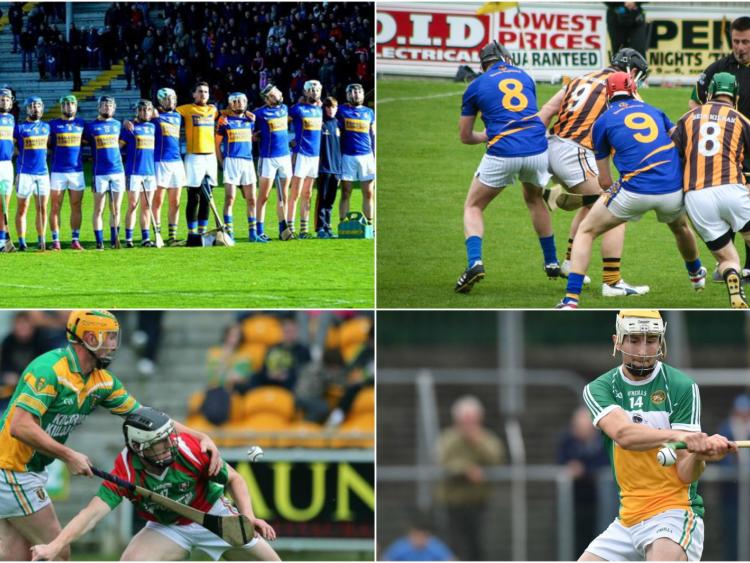 Despite some controversy over the venue, the Offaly Senior Hurling Championship semi-finals are set to light up Tullamore this weekend with Belmont breaking into the final 4 .

They face Kilcormac-Killoughey in the first game of a double header at Bord Mona O'Connor Park on Sunday with a 2.30pm throw-in. That will be followed by the clash of St. Rynagh's and Seir Kieran at

Belmont the rising stars of Offaly hurling and booked their place at this stage with a 3-18 to 1-21 win over Kinnitty in the quarter-finals. Despite that, they are up against a resurgent Kilcormac-Killoughey outfit, aiming to reach their first final since 2014.

Kilcormac-Killoughey the undoubted favourites in this one, a tag they've worn well in the past. Lest we forget they won three county titles back to back between 2012 and 2014. They came through their Round Robin stage of the championship this year with an unblemished five for five return.

They hit the ground running with a three-point win over Coolderry, before accounting for the challenges of Lusmagh, Kinnitty and Na Seamróga. They beat last year's beaten finalists Birr by nine points in the last of those group games in and beat Shinrone by eight points in the - a seamless passage to Sunday's encounter.

On the other hand, Belmont had a much more turbulent journey to this stage. They won three out of their five group stage games, losing heavily to St. Rynagh's in their opening fixture in April and drawing with Seir Kieran two weeks later.

Since then, they've put a run, a necessary run, together to finish up third in their group and a quarter-final place. They beat Shinrone, Clodiagh Gaels and Tullamore in that group stage, setting up a difficult tie with Kinnitty.

However, they did score a sum total of 132 points over those five games, a full 11 points more than Kilcormac-Killoughey managed in their group. Admittedly, Kilcormac-Killoughey had the far tougher group and Belmont able to put up big scores against the likes of Clodiagh Gaels and Tullamore.

Their famous victory came in the quarter-final when Oisin Kelly, a young county dangerman, netted three times and they prevailed by three points. Kelly is their principle threat and their best chance of pulling off the shock is if he or the players around him can grab goals. Kilcormac had the joint stingiest defence in the round robin phase, only conceding an average of 14 points per game.

Belmont scored well but conceded an average of 19 points per game, and it's worth noting, against predominantly weaker opposition than Kilcormac-Killoughey.

Verdict: Belmont will go down fighting, but in the end, they will go down to a Kilcormac-Killoughey side on top of their game and barrelling towards another final. Kilcormac to win by five or six.

Last year's champions St. Rynagh's haven't put a foot wrong in this year's championship as they aim to put back-to-back titles together for the first time in 24 years. They face a Seir Kieran team who have shown glimpses of excellence this but seem to lack the class to make that step up.

Seir Kieran finished second to St. Rynagh's in the round robin phase, and showing their steel, they suffered just one defeat at that stage. The key factor is that that defeat came against St. Rynagh's, a three-point loss in Coolderry on July 30.

In their next game, they put seven goals past group whipping boys Clodiagh Gaels, but also enjoyed wins against Shinrone and Tullamore, as well as a draw against Belmont.

That group game against Sunday's opponents was a real test of their mettle, and they came out of it with flying coolers. They held Rynagh's to just 0-16, easily their smallest scoring tally of the campaign to date, and that defensive effort will be key to their challenge.

Seir Kieran conceded an average of a goal per game, a decent record, while Rynagh's scored an average of two. If Seir Kieran can keep the goal count down and score a few themselves, which they have shown themselves capable of doing with 17 goals in the championship so far, they might stand a chance.

However, Rynagh's perhaps have the all round team, technically talented in all areas of the pitch. They are 2/5 favourites to win this game and those odds are justified given all we know about them this term.

Verdict: St. Rynagh's to show too much class and prevail by three or four points yet again to set up a mouth-watering final showdown with Kilcormac-Killoughey.