THE PUNTER'S EYE: Horse racing tips that could make you a fortune this weekend 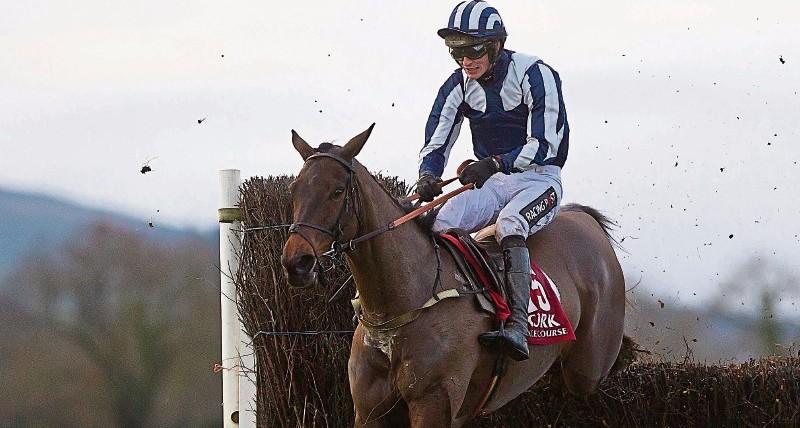 THE PUNTER'S EYE: Horse racing tips that could make you a fortune this weekend

Navan comes into focus this weekend and on Saturday, they host a number of high quality races on the flat. In the 14:20, it may be worth siding with the embattled Ballydoyle yard which has been embroiled in a workplace dispute with the Labour Court this week. Aidan O'Brien had the winner of this race last year with THE HAPPY PRINCE and he has a strong hand once more. There was enough to like about the run of INTELLIGENCE CROSS (4/5) last time out at the Curragh to put him in the frame here. He was sixth behind WASHINGTON DC, but came home just two lengths behind his stable companion. That was on good to firm ground while it should be yielding on Saturday, ground this horse has won on before.

Also at Navan, following the withdrawal at the last stage of a couple of main players in the 15:30 race, INDIA RAIN (5/2) becomes interesting for Dermot Weld. I would have sides with the promising WOULD YOU BELIEVE, had she stayed in for Ger Lyons, but in her absence, this frustrating two-year-old may be worth taking a risk with. She won on debut at Cork in June, but looked out of her depth early in her career in a listed event at the Curragh the next day out. Since then, she's run two solid races, finishing third and second. That runner-up run came behind TREASURING at Tipperary on August 11. That rival has won a Curragh Group 3 since. A step up in trip will also be in INDIA RAIN's favour, while the rock solid Pat Smullen will do the steering.

Down at Wexford on Saturday, it may be worth forgiving Andy McNamara's PAPAL MOTEL (8/1) his most recent run. Having run early in the week and finished third in a race at the Galway Festival in July, he capitulated and came home forty lengths behind THE INFORMER in a handicap hurdle at that meeting just three days later. Prior to that, he ran well behind multiple Galway winner, WHISKEY SOUR, in a Tramore maiden hurdle in June. He's also run well in defeat behind the likes of KONIG HALL and INEFFABLE. A run of four seconds and a third in recent months suggests he's difficult to win with, but he's worth another crack in this field in the 14:00 contest.

In the 16:20 at Wexford on Saturday, in-form SHARLANDA is the most likely favourite, but I am swerving him in favour of Willie Mullins' DICOSIMO (4/1). SHARLANDA has won his two most recent races, including a victory over subsequent Bellewstown winner, THANKS FOR TEA. However, DICOSIMO has good course form at Wexford, having finished second behind PEREGRINE RUN here in July. That run came on similar ground to Saturday, and that rival went on to be third behind RATHVINDEN in a good race at the Galway festival, before beating that horse at Killarney in late August. That gives DICOSIMO's form a nice franking, and he can out-battle the improving favourite in this one.