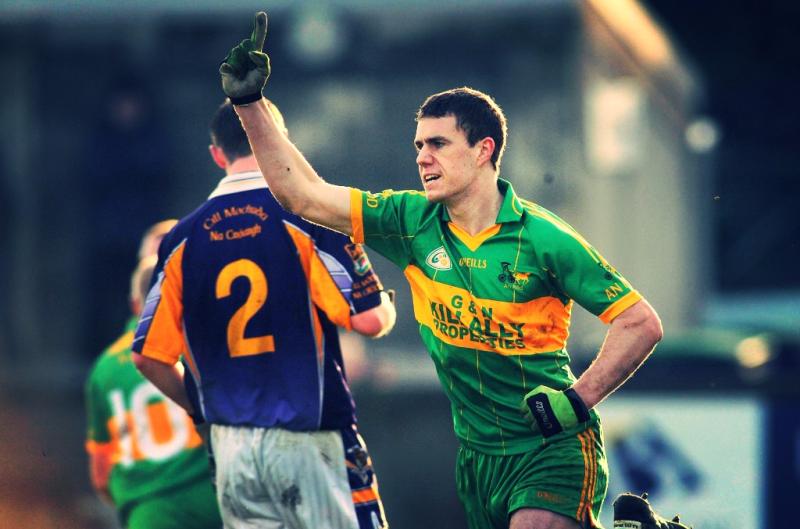 Yesterday, after 15 years representing Offaly at senior level, Rhode's Niall McNamee called time on his inter-county career. He played 132 times for the county, leading the line as a star from the time he broke onto the panel as a baby-faced 17-year-old in 2003.

In the hours since, the GAA world, including commentators, fans, fellow players and journalists, have been paying tribute to one of the greatest players of the modern era.

Best wishes to one of the finest players of his generation, @Offaly_GAA Niall McNamee @niallmc14, who has retired from inter-county football

Niall McNamee is the greatest Offaly footballer I've seen. It's a shame the county has been in flux for the majority of his career. #GAA

A legend from another code added his parting words:

Congrats on a great career Niall. Brilliant footballer and a class act on and off the field.

Roy Malone, a clubmate of Niall for many years also took to social media:

One of offaly's most talented forwards ever ,an honour to play with, a joy to watch and a great guy aswell..enjoy your time off #gaa

Another RTE journalist had some kind words for the Rhode man:

Best of luck in retirement. Thanks for your efforts for the cause. You scored some sick points along the way.

A multiple All-Ireland winner from Kerry had a kind word:

All the best Niall. Well done on brilliant career

He was a v good one for 15 long years. Pity @Offaly_GAA have fallen on lean times. Linited resourcws & population ! https://t.co/EvwbolGZLy

His former place of study also had some parting words:

On the local front, Rhode GAA paid a heartfelt tribute in the form of a statement about one of their finest sons:

Offaly GAA also released a statement thanking Niall for many years of service. They said:

“Niall was certainly one of Offaly’s greatest ever forwards, we thank him for the memories and wish him every success in the future. There is no doubt we will see him continue to line out for his beloved Rhode for many years to come. Thanks Niall.”

Finally, in a special article today, the Irish Times described Niall McNamee as "one of the greats." The article continued: "A beautifully balanced footballer, in over 42 championship and 90 league appearances for the Faithful County he has been a deadeye freetaker, capable of winning ball high or low and scoring off either foot."