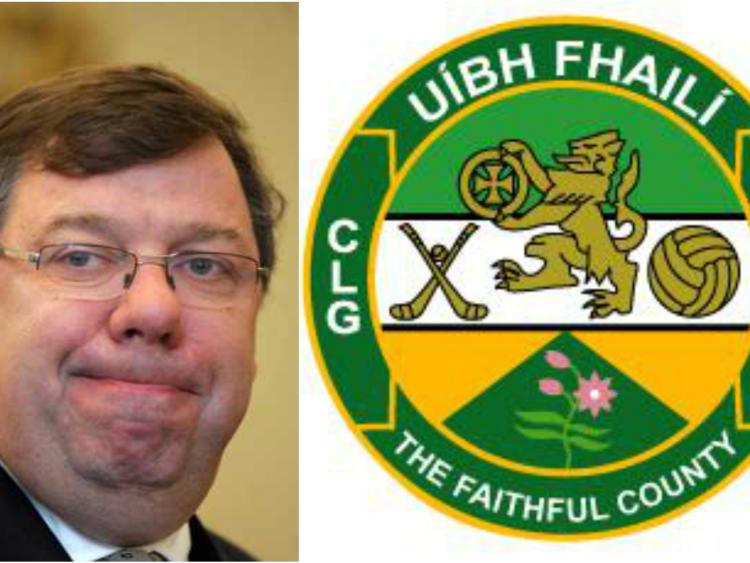 Eyebrows were raised in recent days as it emerged that former Taoiseach Brian Cowen had been lined up to mediate in talks between Offaly County Board and the county's recently resigned Hurling Implementation Committee.

In local media and social commentary circles, the news has been largely welcomed, but it has become the butt of jokes on many national media media threads.

There have been the inevitable jokes about how he handled or mediated with the Troika as Taoiseach and the usually jibes about drink and incompetence levelled at the Clara man.

However, when you analyse coldly, and weed out these lazy clichés, few men garner more respect in GAA circles in the county. Cowen has been a longtime GAA member and Clara club President and he has the clout to cut through egos on both sides of this dispute.

The committee, which included people of high calibre and standing in the Offaly hurling arena, the likes of Marion Crean, Brian Carroll, David Kenny and Michael Verney.

They were tasked with bettering the state of hurling but as the minutes of their final meeting showed, a disconnect between their intentions and the county board had soured. In fairness, it seems as though the county board shut them out and had not made meaningful contact with them in almost to months when their resignations arrived.

Communication seemed to be the greatest chasm between the county board and the Hurling Implementation Committee, and the series of events that played out after their resignation will not have plugged that one bit.

The county board released a statement expressing disappointment with their decision to step away and also the way in which they questioned how a €40,000 Leinster council grant for strength and conditioning was spent.

The county board wanted the committee back, or at least that's what they said officially, and now it seems the selection of Brian Cowen as a mediator is aimed at achieving that.

On the other side of things, Liam Hogan went away and gave an in depth interview to local radio, in which he called for county board chairman Tommy Byrne to resign, calling the Gracefield man an "absolute disaster."

Clearly, it's Jerry Springer we need here, and not a former politician, but failing that, who else could realistically steer these parties back toward a sole vision, and get Offaly County Board and all its strands back on an even keel?

There had been talk of other outside candidates that were mooted as possible mediators, but with no offence to individuals, what good was a nobody from Sligo or Galway or anywhere going to tackle the serious differences here?

It's often said that an outsider is best placed to come in and objectively weigh up both sides of a dispute before finding a resolution, but if they can't command respect, it's futile.

Brian Cowen, as a former solicitor, TD, Minister and Taoiseach, can command such respect, but most of all as a proud Offaly GAA man. People in the county trust that he has the best interests of Offaly GAA in mind, and he'll get support on that basis.

The snide remarks made about Brian Cowen are handy fodder for people who enjoy sensationalism. If Offaly people and GAA folk alike can put political allegiances aside and focus on matters of Offaly hurling in this instance, then Brian Cowen will get the job done and by god, Tommy and Liam might even be friends at the end of it!