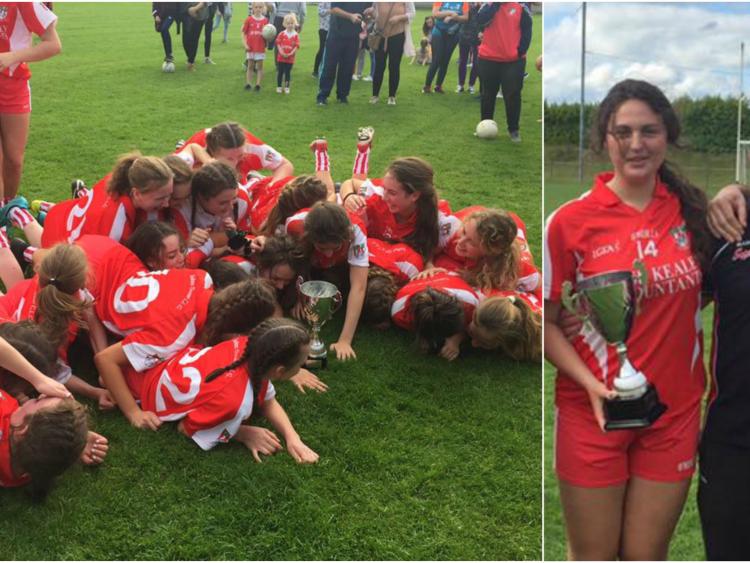 Widely regarded as one of the hardest working teams in the club, this superbly talented group of girls cruised through the year undefeated and did not drop their guard for the final hurdle.

The Edenderry side were in dominant form and aligning with the old GAA cliché that goals win games, the Reds surged and raised four green flags.

The result never looked in doubt as the promising generation claimed the U16 title for the first time in many years, toppling a footballing stronghold in West Offaly in the process.

Ladies football in Edenderry is in supreme health with the club already claiming the U12 championship and U14 Offaly Feile crown in 2017. Their senior side, led by Riona Byrne face into a county final, also against Naomh Ciaran this weekend.

The victorious Edenderry U16 Ladies panel: