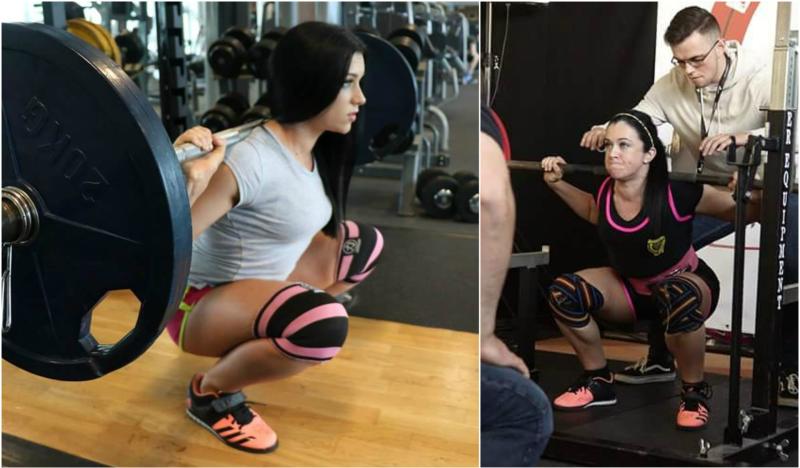 Tullamore woman Tara Mooney is set to take to the world strength and powerlifting stage when she competes in the 2017 Strength Wars event in Berlin in September.

The mother of two has been selected as one of just 12 female athletes from around the world to partake in the competition, which has an online community of over one million.

The competition takes place on September 9-10 and is a huge step up for Tara, who says she will be the underdog. "These girls are professionals and dedicate their lives to the gym, and I'm just a 31-year-old mother from Tullamore," she told the Offaly Express.

Making her feat even more incredible is the fact that Tara only took up the sport of powerlifting and began strength training in January, becoming the first female member of Tullamore Powerlifting Club in the process. "I do crossfit as well but I went to Limerick at the start of the year to train with a top powerlifter," she explained.

Tara manages to balance her two kids, a full-time job in sales and marketing with Athlone's Hodson Bay Hotel, and training for a major international competition.

"I go in early and also use the hotel gym during my lunchbreak," Tara explained. She also had to deal with both of her children being diagnosed with hearing impairments, discovered in 2016, the same year her eight-year relationship with their father broke up.

"I decided to rebuild myself, having also struggled with a spinal injury from a horse riding accident, into a stronger person" Tara explained. The diminutive Offaly woman did just that, and at 5ft 1" and weighing just over 52kg, she can now deadlift 125kg, more than double her own body weight.

Given her small frame and fearsome strength, Tara was christened the 'Tiny Power Mom,' a far cry from the woman she was eight months ago. "I couldn't do one pull up back then," she commented, "and now I will be timed to do 35 in Germany."

Having shown more than a simple natural ability for powerlifting, Tara excelled and actually won a national event in Drogheda this year, lifting a combined weight of over 278kg with three recorded efforts.

Once again she pitted herself against the country's finest at a national crossfit event, where she came 8th out of 40 competitors.

She was selected for Strength Wars after her partner tagged her in a Facebook post about it some months ago. She contacted them to apply and after a deliberation process, she was selected. She will fly out to Germany on September 8, where she will partake in an interview phase, before taking to the stage to compete against the world's finest from the likes of Germany and Poland.

"I'm the underdog, completely, but I also want to show how good this type of training can be," Tara said. "People think to do it you have to be massive, but I am a toned size 8 and don't feel masculine at all."

"I would like to demonstrate to women and girls everywhere that this male dominated scene is suitable for all shapes, sizes and builds," she added.

Tara has fielded calls from numerous potential sponsors but she has now partnered with Ros Nutrition, who will supply free supplements for her as she competes in Strength Wars.

She will be recording her time at the competition through an online vlog and people can follow her progress on Instagram through her handle, @TinyPowerMom.