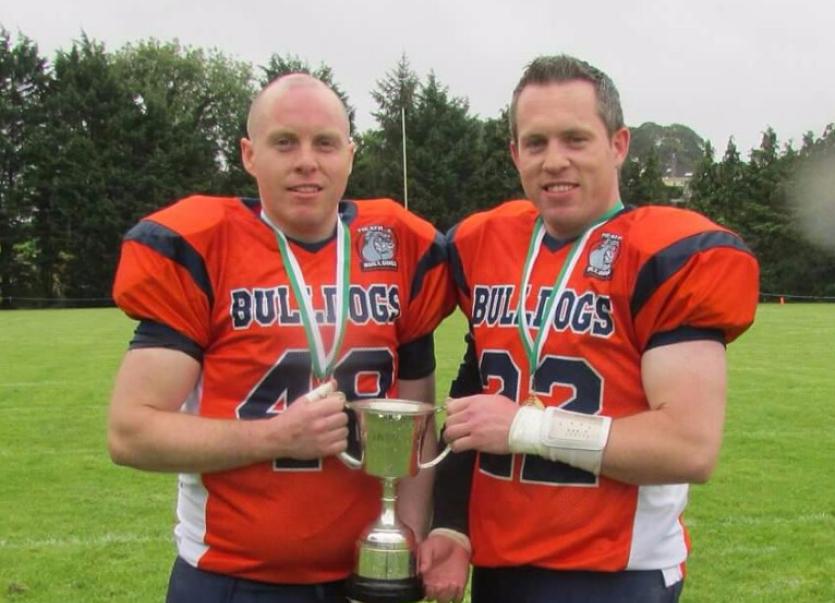 Offaly twins Liam and Alan Nugent from Kilcormac are celebrating after they both played and won the All-Ireland American Football Final.

They picked up the IAFL 2 Trophy playing with the Meath Bulldogs in the tournament last weekend.

They staved off stiff competition from across the country and defeated the Antrim Jets on Sunday, August 20 in Dundalk.

"It's an amazing feeling winning an All-Ireland final, but also getting to lift the cup alongside your twin, that makes it very special," Alan Nugent told the Offaly Express.

"It's a great reward for all the hard work and training put in throughout the year," the Kilcormac man added.