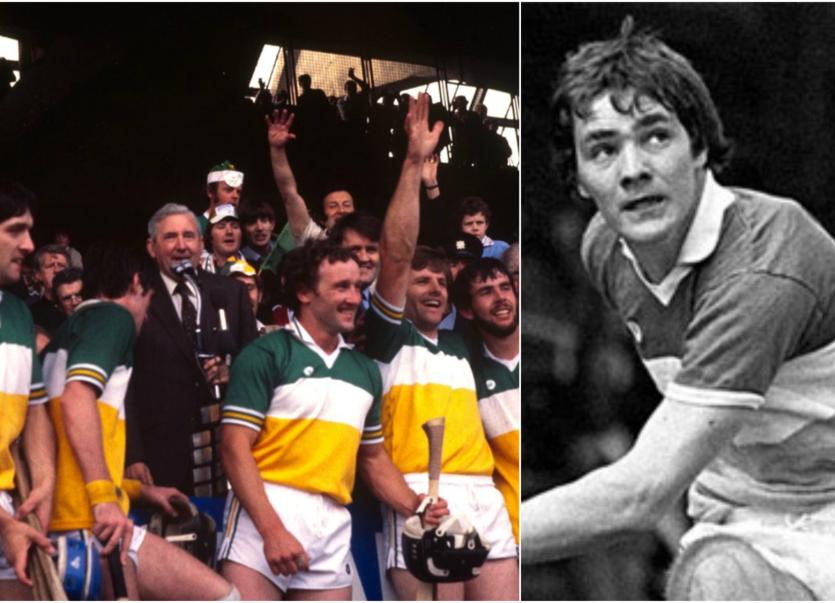 Two Offaly legends have been inducted into the GAA Hall of Fame at Croke Park. 1981 All-Ireland winning hurling captain Padraig Horan, and 1982 football All-Ireland winner, Matt Connor have been honoured by the GAA.

The GAA Museum at Croke Park has actually announced the induction of four more players into the Hall of Fame for 2017 covering the period 1980 to 1984.

The other two are Kilkenny’s Frank Cummins along with Kerry footballer Jack O’Shea, and all four men were honoured at a special ceremony at the GAA Museum at Croke Park today.

Uachtarán Chumann Lúthchleas Gael, Aogán Ó Fearghail, congratulated the players on being named on the prestigious list which acknowledges their massive contribution to the GAA at the highest level over a prolonged period.

Uachtarán Ó Fearghail said: “I am delighted to welcome these four outstanding GAA ambassadors into our GAA Museum Hall of Fame. These four individuals illuminated their respective codes, setting consistently high standards that thrilled crowds and have left an enduring legacy on our Games."

“I congratulate Pádraig, Frank, Matt and Jack and I hope this acknowledgement helps shine a light on their efforts over many years to generations who were not lucky enough to witness firsthand the skills they brought to bear on the game.”

Niamh McCoy, GAA Museum Director added: “The GAA Museum Hall of Fame serves as a permanent tribute to the greatness of players who adorned Gaelic games at the highest level. Since it opened in 2013, this exhibit has become a highlight for museum visitors of all ages.”

The quartet are now in an exclusive group of 46 legends of Gaelic Games who make up the Hall of Fame.

In 2016 the GAA Museum welcomed over 153,000 visitors, of which 40% were from overseas and it has been consistently ranked as one of the Top 5 visitor attractions in Dublin on the influential TripAdvisor website. The museum houses a vast collection tracing the birth and growth of Gaelic games and is the starting point for the Croke Park Stadium Tour and Ericsson Skyline Tour.