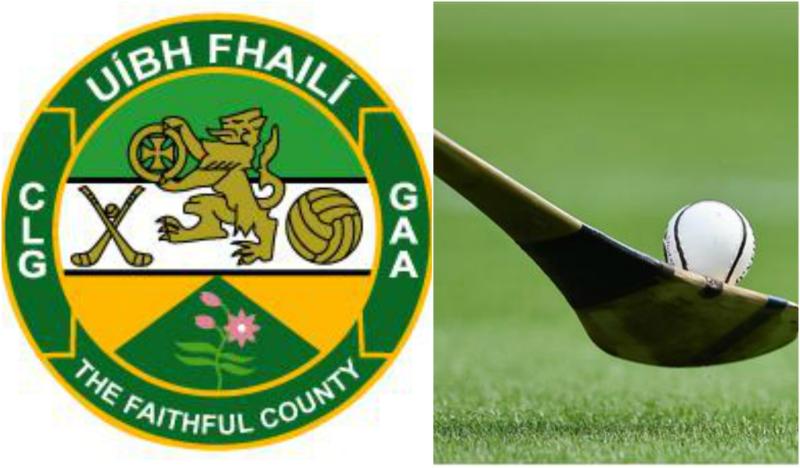 The Implementation Committee resigned on July 5

Documents circulated to Offaly GAA club delegates and officials on Monday night have revealed the full extent of the grievances aired by the county's Hurling Implementation Committee before their mass resignation on July 5.

The committee, chaired by former Offaly hurler Liam Hogan, cited anger and frustration with the county board as their reasons for resigning en masse recently. The documents, seen by the Offaly Express on Monday, detail the contributions made by members at the final committee meeting on July 5, in which they outlined a litany of perceived inaction and incompetence.

The committee had been set up in 2014 and was chaired by Liam Hogan after Diarmuid Healy stepped away from that role. Also on the committee were Tom Moloney, the Operations Manager of Offaly GAA; Martin Cashen, Offaly County Coaching Officer; Brian Carroll, Director of Hurling Coaching; Marion Crean, Secretary of Hurling Implementation Committee; former player and Birr teacher, David Kenny, as well as Ger Scales from the St Rynaghs club, Michael Verney of Birr and Mary Wyer.

Hogan, Carroll, Crean, Wyer and Verney all resigned on July 5, while the county board representatives of the committee, Tommy Byrne, Tom Moloney, Martin Cashen and Eamon Cusask did not.

At a meeting on July 5, chairman Liam Hogan made a number of points, but insisted that due to complete "frustration" and a lack of progress from the county board, he was resigning from the Implementation Committee as well as the Coaching and Games Committee.

The Implementation Committee had been put in place on foot of a 39-page review document compiled to attempt to reverse the spiraling fortunes of the county at all levels of hurling.

The minutes from the last two Implementation Committee released on Monday show just has disillusioned the group had become with the process. There had been ongoing communication issues and the committee felt that this lack of communication between themselves and the county board was a "deliberate tactic."

There was a "clear the air" meeting in May of this year, but Liam Hogan said at the final committee meeting that none of the committee's members had received any contact from the board in the eight weeks between that meeting and their resignation on July 5.

He also aired concerns about the lack of engagement with the Smartabase system, an application for recording training loads for players. Having signed up the U15 team for the system in May, Liam says that on June 29, that team played Laois in two games in Clara. He said, "no one contacted the U15 management to inform them that all of their players should have been ‘red flagged’ by Smartabase, had it been in use. A spreadsheet was then shown to the implementation meeting outlining the training and game schedules for underage teams in the county, and according to Hogan, "it showed the horrendous overtraining of vulnerable young players who really should be protected from such abuse."

After Liam had aired his views on the situation and subsequently announced his resignation to the meeting, fellow committee member and Coolderry man Brian Carroll addressed the group. He also announced his resignation, and raised a number of further points highlighting his disillusionment with the county board and the lack of progress and implementation of the committee's recommendations.

Emmet Egan, who had been overseeing the programme, then moved from Athlone I.T to Carlow I.T in September 2016, and took up a new position with Leinster GAA. Liam Hogan informed the meeting that he was told that Athlone I.T wanted to continue to provide the same contract through interns with no supervision from a qualified strength and conditioning coach. Offaly declined that offer. He said that he was also informed on numerous occasions that Emmett Egan would continue to mentor Offaly’s strength and conditioning programme through his own interns and by training some of the Offaly GDAs in functional screening and fitness testing.

Despite this undertaking, Hogan said there has been a lack of functional screening and fitness testing of the Offaly Development Squads. Up to the beginning of July, most of the development squads had not been tested for physical fitness.

Liam Hogan pointed out that Emmet Egan’s contract for the provision of strength and conditioning for the Offaly Senior and U21 squads was a private contract and should have nothing got to do with the €40,000 provided by Leinster, which was for improving development squads. His understanding was that in years 2 and 3, the €40,000 was to be substantially spent on the development squads.

Brian Carroll also told the July 5 meeting that on numerous occasions he had asked for all development squad coaches to be paid travelling expenses, but on each occasion, the request was either glossed over or rejected as not being possible. Liam Hogan, in support of Brian Carroll’s assertion, said that at the meeting with the County Board Chairman and Secretary on May 9, Brian Carroll had raised the very same issue and that Tommy Byrne had said Offaly County Board did not have the money to 'pay' coaches. Even if it did, Byrne said it would be a dangerous precedent to pay development squad coaches travelling expenses, because it would then mean that Offaly would have to pay stewards at O'Connor Park for example.

The meeting also revealed that various members of the Implementation Committee had made suggestions in relation to fundraising that could be undertaken to raise money for Development Squad expenses. They pointed out that each suggestion had been rejected without being given due consideration.

Former county player and Birr schoolteacher, David Kenny said that he fully agreed with all that had been expressed by other members of the I.C., and he felt very strongly of late, that the position of the Committee had become untenable. He spoke of his role as a teacher at St Brendan’s Community School, Birr, and how proud he was of the successful initiative introduced early this year by the Implementation Committee, when they organised two meetings to help support Birr Community School.

He spoke of the financial support organised from the seven feeder clubs to St Brendan’s Community School to help with coaching support and equipment, and how successful that support had been in a very short space of time. He also spoke of the commitment given by the I.C. to have all underage competitions finished by the first week in September, so that the secondary schools, for once, had a fair crack at preparing teams for Leinster competitions, without competing for players who were still involved in club competitions.

Kenny said that, with the lack of support, the lack of communication and the total lack of commitment to drive the Pathway Plan forward by Offaly County Board, he felt the position of the I.C. had become untenable. He also said that while he himself was busy in his private and professional life, he was more than willing to make "whatever sacrifice was necessary" to help Offaly hurling, but not if the implementation committee was being deliberately frustrated in their role in implementing the Offaly Hurling Pathway.

A number of other members spoke along similar lines as those outlined, displaying clear anger at the lack of uptake from the county board with a number of measures coming out of the review document in 2014 and the subsequent Implementation Committee.