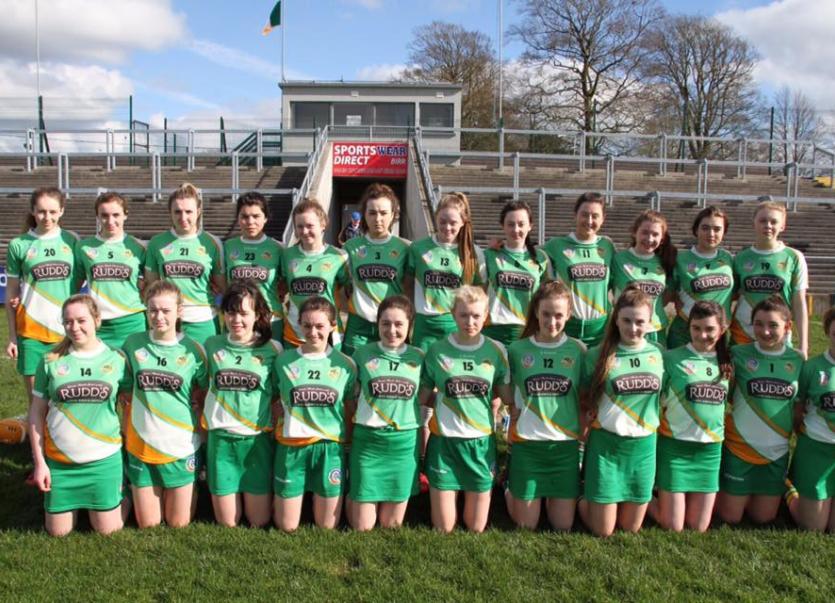 Sarah Harding stole the show in O'Tooles GAA Crumlin in Dublin last Sunday afternoon, July 23, racking up nine points against Dublin in the Leinster A semi-final.

Coming into the game Offaly looked up against it as the Dubs were labelled favorites having reached the All-Ireland semi-final this year while Offaly failed to qualify for the knockout stages.

The game was an exceptional show of camogie with little separating the sides for the majority of the contest. Harding set the pace of the game finding the posts twice within the first ten minutes but Dublin replied with five unanswered points.

Louise Savage and Eadoin Kilmartin split the posts to put one between them before a running attack resulted in a Dublin penalty. Niamh Rock blasted the ball past the three Offaly players on the goal line to edge the capital in front once again.

Orla Maher and Sarah Harding added points to reduce the deficit and the faithful never panicked, slowly bringing themselves back into the game. Mid-way through the half Dublin were awarded a second penalty but this effort was saved and it was a crucial moment in the game for the faithful.

After that scare, Offaly really turned on the style. Harding found the posts once again and also set up Louise Mannion to blast the ball to the net for the first of Offaly's four goals. At the break the sides were level on 1-7 each with it all to play for.

Offaly were the quicker of the two teams form the restart, three points from Sarah Harding put Dublin on the back foot with twenty minutes to be played. As the saying goes, 'goals win games' and for the next ten minutes Offaly showed great skill and determination to find the net three more times.

Louise Mannion set up Eaodaoin Kilmartin for Offaly’s second goal of the game in the 41st minute and seven minutes later a long free from Harding broke in front of Kate Bergin who made no mistake and buried the ball to the back of the net.

The Dubs now had their backs to the wall with the game starting to run away from them. Two late goals from Clara O'Sullivan and Chloe Mullen did put pressure back on the Midlanders, and instea Offaly continued their fine form to see out the win.

Super substitute and notable goal getter Emma Mulrooney was seconds on the field when she added Offaly's fourth goal of the day. Offaly now face Kilkenny in a repeat of the senior Leinster final in Fenagh, Carlow on Sunday July 30 at 2:30pm.