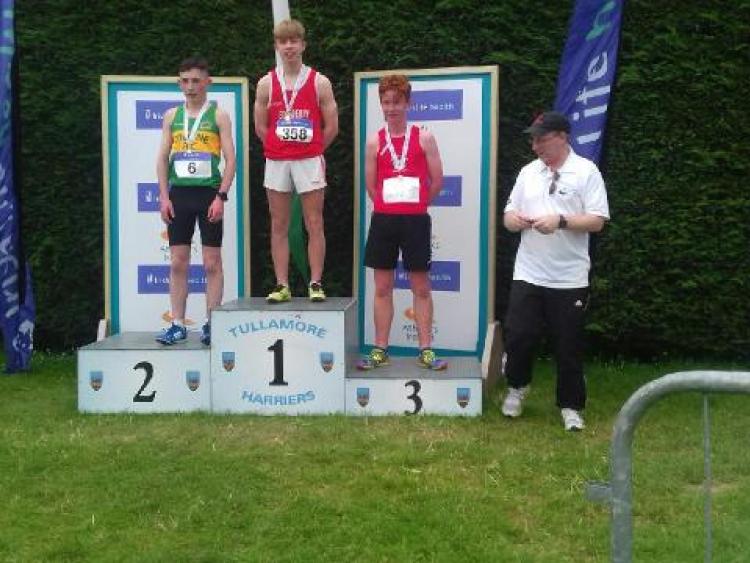 Edenderry Athletic Club's Lee Pearson on top of the podium

A young Edenderry athlete has won a long jump gold medal at the Irish Life Health Juvenile 'B' All-Ireland Track and Field Championships, held at the Tullamore Harriers stadium recently.

Lee Pearson collected the top prize after putting in a stunning leap 5.56 metres in his first attempt in the Under-16 grade of the competition.

Lee showed a level of consistency over his four jumps, rounding out his performance in the final with jumps of 5.34, 5.54
and 5.36.

The Edenderry teenager, who is regarded as an all-round athletic talent as part of the football set-up in St. Mary's Secondary School, Edenderry, was the only competitor in his grade to jump over five metres.

Dylan McLaughlin from Moyne A.C finished second with a jump of 4.98 metres. Harry Caffrey from Drogheda rounded out the podium finishers in third with a 4.87 metre effort.