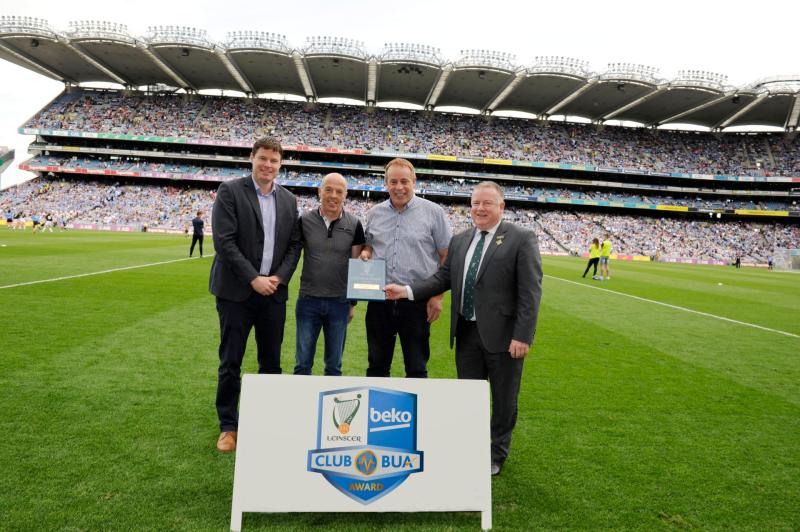 Representatives of Tubber GAA were among the guest at the Leinster Final on Sunday as they received the new Leinster Beko ‘Club Bua’ award at Croke Park on Sunday, July 16.

The Leinster GAA Beko Club Bua Award is a new club accreditation and health check initiative, which all clubs in the province are encouraged to enter.

To be considered for an award, clubs take part in an assessment that promotes best practice in areas such as club coaching, club management and club development in an effort to encourage and reward clubs that are striving for excellence on and off the field.

Receiving the award for Tubber were Chris Daly and John Moran.

They received a plaque from Leinster GAA and representatives from Beko, as well as €1,500 worth of free playing equipment from O’Neill’s and a chance to win free Beko appliances.

There is still a chance for clubs to register and enter as there will be two further draws held for eligible clubs this year. Check out leinstergaa.ie for more details on Club Bua.