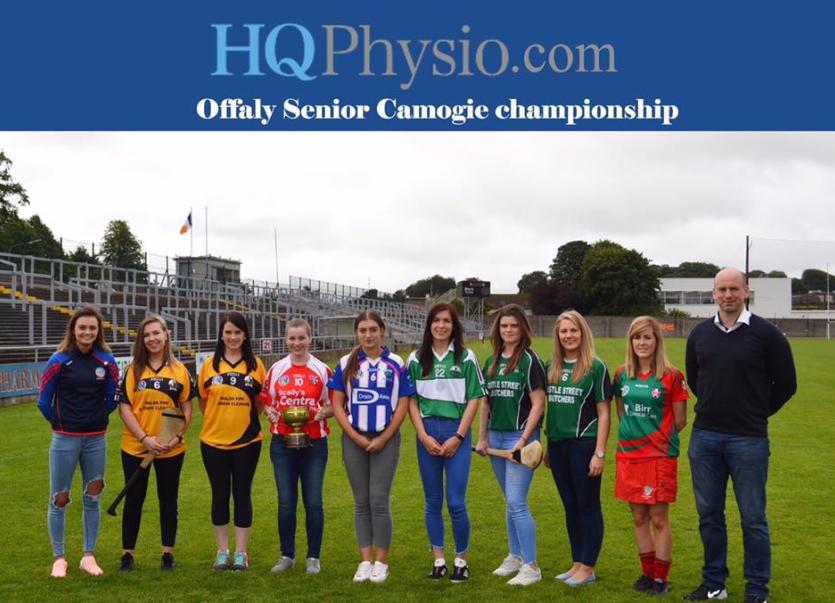 The HQPhysio.com Senior Offaly Camogie Championship kicked off at the weekend and there were a few shocks, not least of which the dfeat of reigning champions Shinrone.

Played in glorious sunshine but with a strong breeze blowing into the clubhouse end of the pitch this first round match up in the HQPhysio.com Senior Camogie Championship was always going to be a cagey affair. Both teams were short a few players and didn't want to show their full hands early in the season, but there was always going to be a bit of spice in this match and as usual both teams did not disappoint the expectant crowd that came out to cheer on their respective parishes.

Winning the toss, Birr captain Katie Bergin opted to play with the wind, and from the throw in it was clear it was going to be 60 minutes of committed camogie. Birr opted to play with Gillian Irwin dropping deep as a sweeper and County stars Michaela Morkan and Arlene Watkins marking each other as they often do when training with Offaly.

The opening stages of the game were played around centre field and after 6 minutes Michelle Davis pointed for the home side after some sloppy defensive play. Rebecca Hoctor replied with a goal for Birr after catching a good cross field pass and drilling the ball into the net. Grainne Egan hit back and fired over a point.

On 10 minutes the hurl of Eimear Mooney, who started the game really strongly, produced a lovely score. Shinrone then had a chance come back off the upright before Emer Reynolds and Kelly Salmon pointed from long range. The game went back and forth throughout the half and a Shinrone goal was again cancelled out when Arlene Watkins raised a green flag late on. Shinrone trailed Birr on a scoreline of 1-4 to 2-8 at the break.

The second half started with a goal after a strong run and shot from Grainne Egan who was causing lots of trouble for the Birr defence. Arlene Watkins then converted a free before a 15-minute ding-dong battle ensued. Michaela Morkan hit the net in the second half for Shinrone but Birr's heads didn't drop and they maintained their lead until the end.

The game finished on a scoreline of Shinrone 4-6 to Birr's 2-16. Elsewhere on the opening weekend, Tullamore had eight points to spare of St. Cillian's, St. Rynagh's had 20 in hand against Naomh Brid and Kinnitty emerged as five-point winners against St. Sinchill's.